Wentworth said the gift would be a "20th anniversary present"

George Stephanopoulos will be in for the surprise of a lifetime when he learns what sexy gift his wife Ali Wentworth has in mind for their platinum wedding anniversary!

While appearing on Monday's episode of The Talk, the 56-year-old Go Ask Ali podcast host revealed she and Stephanopoulos recently celebrated 20 years of wedded bliss.

And since she didn't know what to get someone who "doesn't like gifts," The Talk hosts helped Wentworth out by gifting her a sexy Playboy bunny-inspired costume — complete with pink bunny ears and matching corset — to surprise her husband with in the bedroom.

The gift was inspired by Wentworth's own interest in the outfit worn by Reese Witherspoon's Legally Blonde character Elle Woods on Instagram.

"You can use that for date night," said Sheryl Underwood.

"This is a 20th anniversary present," replied Wentworth.

"George can thank us later, too," Natalie Morales chimed in. "I love that!"

In October, Witherspoon, 45, shared a photo of her donning pink bunny ears and holding up the iconic bunny outfit she wore in the 2001 smash hit film. Witherspoon captioned the snap, "MOOD on Halloween… 👻🔮☠️🎃," to which Wentworth commented, "I need that costume for date night!"

During the interview, Wentworth also shared an epic birthday fail from years prior.

"I remember years ago on [George's] birthday, I surprised him by getting a hotel suite with a fire, and I had a bathrobe on and chocolate, champagne. And he showed up for 'lunch,' " Wentworth revealed using air quotes, "and then he had to go back to work."

She added, "And I called the front desk and I said, 'Listen — we only used this for an hour. You can resell this. So, can we get some kind of a deal?' And the receptionist was like, 'Mrs. Stephanopoulos, we don't charge by the hour at this hotel. You might want to try something further up in maybe Queens.' "

Earlier this year, Wentworth got candid about her marriage during her guest stint on Live with Kelly and Ryan, telling Ryan Seacrest that her Good Morning America anchor husband accepted early on that she was very forthcoming about their lives.

"At the beginning of our marriage, there was a lot of, 'Don't talk about this,' " she explained. "In fact, there was an event when we were first married, and Page Six wrote that George and I were getting a divorce."

At the time, Stephanopoulos was in North Korea for work, she continued.

"A Washington Post reporter got my cell phone number and called me and said, 'What do you think about what they wrote, that you and George are getting divorced?' I said, 'You show me a couple that has sex twice a day that's getting a divorce,' which was my way of dealing with it."

Naturally, the comment didn't go over well with Stephanopoulos, who she said called her "enraged."

"My argument with George was, 'This is just who I am. I talk about my life...' " she said. "I don't get in trouble anymore because I think he's realized who I am." 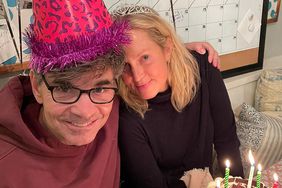 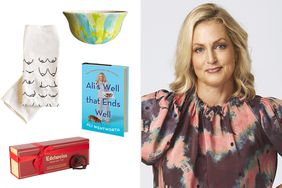 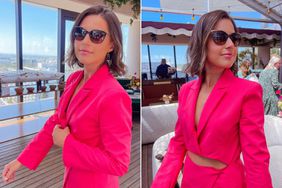 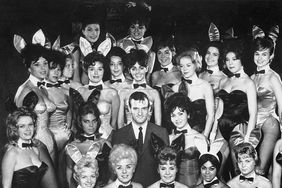