Ali Fedotowsky isn’t taking any chances when it comes to her or her family’s health.

The former Bachelorette and her future husband cancelled their destination wedding in Mexico over the threat of Zika transmission.

“Originally, we planned the whole wedding in Mexico,” Fedotowsky, 31, revealed to The Knot. “We were super excited. We found the most amazing location and villa that would allow our entire family to stay with us. Then, all the news broke about the Zika virus and we had to cancel.”

Although she and her fiancé Kevin Manno, 31, are heartbroken over the news, they knew it was for the best.

“It was such a huge disappointment,” she added. “Even though we won’t be pregnant when we get married, we just didn’t think it was fair to ask our guests to travel to a location with active Zika virus transmissions … Most of our friends are in ‘baby mode,’ and that just wasn’t a fair ask.”

The pair then opted for another location, sunny California – but that also fell through.

“We actually also planned a wedding in California for January 2016, and we ended up pushing that back too because we found out I was pregnant,” she said. “Could we have kept the date? Sure. But I like to celebrate and celebrate with champagne!”

Fedotowsky – who is eight months along with her first child – admitted that she and Manno had actively been trying for a baby around the same time, so getting pregnant wasn’t a giant surprise.

“I want to be able to let loose and completely enjoy myself at my wedding,” the reality star added. “I didn’t know how pregnancy would affect me so I didn’t want to risk feeling crappy on my wedding day. It’s a good thing we didn’t get married then because I was so sick at the beginning of my pregnancy. It would have been a rough night for me.”

As for now, these two are okay hitting the reset button their wedding plans, but one thing that hasn’t changed is Fedotowsky’s idea of not getting married on live television.

“No one has asked us to get married on live TV, but I don’t think we would do that,” she said. “It seems too stressful to me. Kevin and I have both done enough live television to know that so many things can go wrong!”

“We just want to celebrate our love with all the people that matter most to us,” the blogger added. “I don’t need to know any of the details, I just want to show up and marry my best friend. [I was also told] to make sure the food and music is good. Oh, and to have an open bar!” 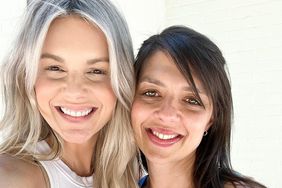 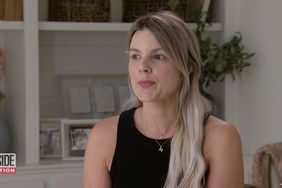 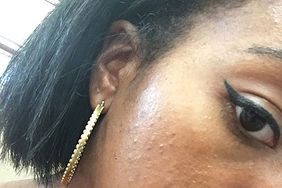