The couple, who became engaged in 2010, have "ended their relationship," a rep tells PEOPLE

Sorry, Bachelorette fans: there will officially be no wedding for Ali and Roberto.

“Ali Fedotowsky and Roberto Martinez have ended their relationship,” the couple’s rep tells PEOPLE. “As they go through this difficult time, we ask that you respect the couple’s privacy.”

The duo’s romance unfolded in 2010 on season 6 of the reality show, culminating with a romantic seaside proposal on the season finale.

In October, Fedotowsky downplayed rumors that their relationship was on the rocks, telling PEOPLE there were other reasons for putting their wedding plans on hold.

“We didn’t meet in the most traditional way. We had a very short courtship and we only knew each other nine weeks before we got engaged,” Fedotowsky said at the time. “We are still figuring out our lives as individuals.”

But Fedotowsky, 27, maintained she had still planned to tie the knot with her former fiancé.

“We’re still engaged, we’re still living together,” she said at the time. “We just don’t feel the need to walk down the aisle right now.” 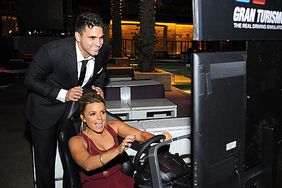 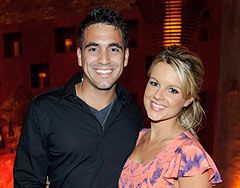 Ali Fedotowsky: 'We Are Not Planning a Wedding'