Al Roker's '3rd Hour of Today' Co-hosts Reveal What Makes Him the Best at His Job: 'He's so Calm'

Craig Melvin, Dylan Dryer, and Sheinelle Jones open up about how the TV icon has influenced them and the industry

Al Roker is more than just a famous TV face.

The Today Show veteran is a brother, a father, a mentor and an “uncle” to his 3rd Hour of Today co-hosts, Craig Melvin, Dylan Dryer, and Sheinelle Jones – all of which are thankful for the influence Roker has had on their TV careers and everything they have learned while by his side as co-anchors.

“I think for someone like him who has been in this business for so long and has seen it all – it’s reassuring. We sometimes get wrapped up in these moments – there is so much happening in the world where you think everything is just so big and it’s not.”

Dreyer’s co-host and dressing room buddy, Jones, 41, agreed that the famed weather anchor sets the tone for all things Today.

“He leads by example and I’m not saying that to sound cheesy, but I have never heard a negative word about Al Roker anywhere. Not a negative mumbling – nothing. In this building – Al is Al,” Jones says of her 3rd Hour co-host. “And because he’s so calm and because he’s so measured, it’s genuine. And when it’s time to be serious or he has something to say – people listen. He doesn’t overuse his influence. I’ve learned by watching you, Al.”

Melvin, 40, then recalls some of the “best advice” Roker bestowed upon him over the years.

“Start with no. It’s the best advice. And I actually use that and quote it in passing,” Melvin says.

The Today icon further elaborates on Melvin’s words, “The power of ‘no’ is an amazing thing. And don’t give an explanation., Just say no. You can always go to yes, but if you start with yes, then you’re dead. So, start with no. Especially when it comes to doing stuff that is not important – things that take you away from your kids – start with no.”

But industry advice isn’t the only way Roker has helped his co-hosts. The 64-year-old, who recently celebrated his 40th anniversary at NBC, is also a father of three and is no stranger to being around and taking care of children. Roker’s parenting knowledge extends off-camera when he generously offers to help his co-hosts with their kids.

The weatherman remembers one time he swooped in to help Jones after the mom of three decided to take all of her kids to Universal’s Volcano Bay water park – by herself.

“Shienelle had all three kids by her side and I was like ‘How did she think she was going to do this?”

“It was insane. I got to the airport and I was like ‘What was I thinking?’ So Uncle Al stepped in and my kids still love him,” Jones says. “And he was so calm.”

Melvin then jokes that Roker’s calm state is due to the fact that he has “been around for so long.”

“I am the Farmer’s Insurance of TODAY,” the 64-year-old calls himself.

The MSNBC anchor then suggests an idea for their 3rd Hour show segment, “Buddy Up,” where the four co-hosts come together to take part in special activities or try something new.

“We thought a good Buddy Up would be – since all our kids our younger – that we take all of our kids over to Al’s and have him babysit for the afternoon,” Melvin says.

“Wouldn’t that be awesome? ‘We’re leaving you with Uncle Al!'” Jones adds.

“It’s really not that big of a deal,” the weather anchor says calmly before adding, “I’m the oldest of six.”

“We’ll go to your pool and just hang out in your backyard and you can watch the kids,” Jones continues.

“Here’s the thing, I’m at the point now where I am almost – if not – the same age as most of their parents – I’m going to be 65 in a month,” Roker says of his co-hosts, highlighting his age.

“But he plays like 35,” Melvin says of his veteran co-host. “You would never know!” 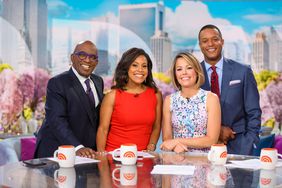 '3rd Hour of Today' Co-Hosts Celebrate 6 Months Together on Air: 'It's Not Friends. It's Family' 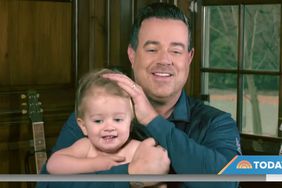 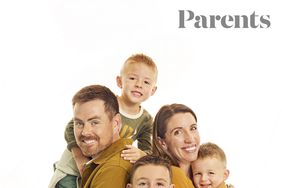 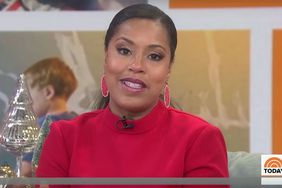