After an unprecedented sequence of events last season, America's Got Talent is back on track.

Ahead of the season 16 premiere, veteran judge Howie Mandel is opening up about the return of franchise creator and fellow judge Simon Cowell, as well as a live audience, after season 15 of the NBC series grappled with Cowell's back injury and the onset of the COVID-19 pandemic, which upended production, scheduling and auditions.

"It was the most stressful thing that anybody, including myself, has ever experienced in their lifetime," Mandel, 65, tells PEOPLE of the global pandemic and "all the stuff that was happening around [that], like Simon's injury and the fact that we lost an audience."

AGT was among the first TV shows forced to navigate production during the first months of the pandemic in Los Angeles. "It was really precarious, but at the same time, those moments that we got to spend time together and produce the show were the highlights for me. Those are the little sparks of light in this horrible year — doing AGT," Mandel says.

And filming in 2021 has been a little easier, according to the comedian, who is returning for his twelfth installment (seasons 5-16) as judge.

"Things have loosened up a little bit and [are] getting better. We're all getting vaccinated and the numbers have gone down. This is the sun that is shining that we've all been waiting for. And this has been so exciting in so many different ways," Mandel says. "This year is the icing on the cake. This year is, 'We're back. We are the light at the end of the tunnel.'"

One major cause for celebration, Mandel notes, was "welcoming Simon back, healthier and better than ever." Executive producer Cowell, 61, returned to his seat on the panel in March after a mid-season 15 hiatus last August due to an electric bike accident and subsequent surgery.

Another key component returning to AGT is the live audience, which was scrapped last March due to the onset of the pandemic. "It was wonderful — it's like you've been lost forever, and now you feel like, 'I'm home,'" Mandel says of taping auditions in Pasadena, California, with a limited audience. "Just to hear a reaction behind you, just to hear anybody be behind you and, kind of, affirm that what you just heard or what you just saw or how you just judged — they're either in agreement with [you], or they're totally opposed to what you just said."

Mandel adds, "It feels like we're alive again, we're alive and it's real. It's the fuel that they need to keep going."

As for the acts competing this year as the world begins to open back up, Mandel says contestants "seem to be more thrilled to be out of their houses and to be in front of an audience" than ever before. "There's an added palpable excitement that has never existed before," he says.

Mandel hopes fans will be equally excited to watch a variety of talents unfold on screen. "There's been nothing as soul-feeding as AGT is," he says. "There aren't enough adjectives to describe what you would see on any one episode of America's Got Talent. I think it's been magnified by the year that we've gotten through, because it is about emotion. And I think we're all pretty raw right now."

Season 16 of America's Got Talent premieres Tuesday at 8 p.m. ET on NBC. 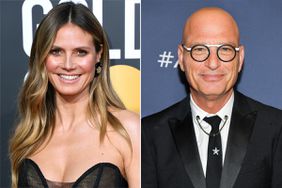