"I was the odd man out," host Terry Crews explains to PEOPLE

Though he has helped make dreams come true in past seasons of America’s Got Talent, Terry Crews was not able to push the Golden Buzzer for Champions this time around.

The Brooklyn Nine-Nine actor, 51, tells PEOPLE why he was unable to help an act advance straight to the finals for his second season as host of the NBC series.

“I did not get a Golden Buzzer this year, not for Champions. I was the odd man out,” Crews explains. “It’s okay. They changed up the format and tried to make it a little fairer with the number of acts, so I totally understood.”

In seasons past, Crews gave the coveted prize to season 15 runner-up Detroit Youth Choir as well as sand artist Kseniya Simonova for the inaugural season of Champions, during which she finished in third place.

“It’s the best of the best. This is the Olympics of talent. What I love is that there are people who are recognized and people who I’m just meeting for the first time,” Crews says of the talent on the show. “Going out on that stage I can feel their nerves and you can start to feel the pressure of what this is. The farther away you are, the better you have to do.”

And this season there has been an impressive slate of contestants. From aerialists to singers and dance troupes, many familiar faces from previous AGT seasons have gone toe-to-toe with one another, as well as international fan favorites from other Got Talent franchises.

On Monday’s semi-finals, several acts competed for their spots in the finals. After yet another round of tough competition, entertainer Hans, violinist Tyler Butler-Figueroa, singer Marcelito Pomoy, dog act Alexa Lauenburger, and Sandou Trio Russian Bar were chosen by the superfans to go to the finals. 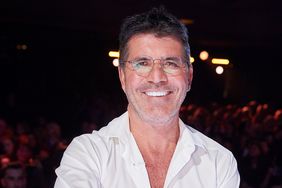 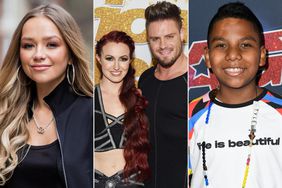 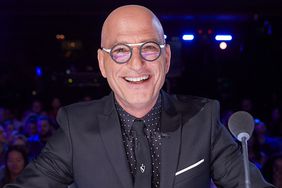