Kanye West's tweet storm this week may have ruffled a few feathers, but it hasn't prompted his family members to change their routines

Kanye West’s tweet storm this week may have ruffled a few feathers, but it hasn’t prompted his family members to change their routines.

“For the rest of the family, things are going on normally,” a source tells PEOPLE, adding that nobody has canceled or changed any plans because of West’s recent behavior. A second source also confirms to PEOPLE that nobody — including his wife Kim Kardashian West — has altered their “work” schedules.

A third source tells PEOPLE that every day after West finishes his work in the studio, he’s returning home to spend time with his family — including Chicago, 3 months, Saint, 2, and North, 4½ — who are all currently in Los Angeles.

After multiple sources told PEOPLE that West, 40, had cut off contact with several people in his inner circle — including his managers, lawyers and closest friends — West publicly declared his love for President Donald Trump, calling him “my brother.”

The rapper confirmed on Wednesday that he had stopped working with a manager, tweeting, “I no longer have a manager. I can’t be managed.”

Addressing her husband’s pro-Trump tweets on Wednesday, Kardashian West wrote that while “most people (including myself) have very different feelings ‘& opinion about this” her husband is allowed to have “his own opinion.”

“I believe in people being able to have their own opinions, even if really different from mine,” she continued, adding that West “never said he agrees with his politics.”

She also discussed her husband’s behavior in a pre-taped appearance on The Ellen DeGeneres Show set to air Monday, admitting she hadn’t been following West on Twitter until she heard about his outbursts.

“I mean, I hear him say all these things in the house,” she said in a sneak peek. “He’s always talking about clarity, and he talks about how we should not have our phones first thing in the morning and in the house when we’re with our kids. …. It’s our rule that we really try to live by, so I think he was talking about cleansing.”

While West later clarified on Twitter that he doesn’t “agree with everything Trump does,” he went on to share photos of himself wearing one of the president’s Make America Great Again hats. He was also photographed wearing a red MAGA hat as he left his studio in Calabasas, California on Wednesday.

Why Kim Kardashian Is Reaching Out to Kanye on Twitter: ‘He’s Not Paying Attention,’ Source Says

A source told PEOPLE on Wednesday that the rapper wasn’t concerned with people’s opinions on his political views.

“He’s actually not as upset as you’d think about what’s being said,” a source close to West said. “He just thinks that no one gets his genius.”

“He hated the word erratic, but he likes to say that genius is erratic,” the insider continues, referencing the term a different source close to West used to describe him. “You can’t be a genius if you’re not erratic in some way. So it’s not wrong, but he thinks it’s more than being erratic.” 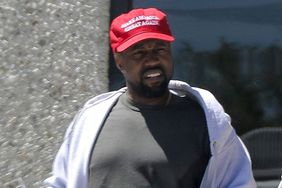 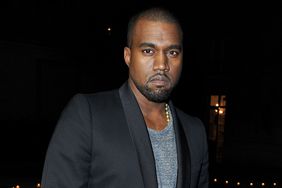 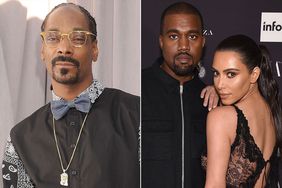 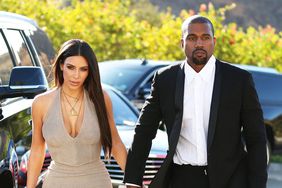