Adrienne Bailon Houghton Reveals a Man Once Cried After Having Sex with Her: 'I Love That'

Adrienne Bailon Houghton is opening up about a sexual experience she had that resulted in a man breaking down in tears.

On Tuesday’s episode of The Real, the women (Adrienne, 35, Jeannie Mai, Tamera Mowry and Loni Love) were bonding over moments they’ve shared in which a guy has opened up after being intimate in bed.

“When a man is in bed with you and he’s happy and he’s satisfied, he opens up and you get to talk to him about things where he’s not trying so hard, he’s just being him,” Mai, 40, said.

That’s when Adrienne asked the group, “Anybody ever cried after?”

“Look at God, I will say… I love that. That’s bomb,” Adrienne shared.

“Well, wait…” Mowry, 41, interjected, prompting the ladies to clarify that they meant “The guy cries after.”

“They’re just overwhelmed with how much they love you or how bomb you were,” Adrienne said before reenacting the incident.

“‘That was amazing,'” Adrienne said while pretending to cry.

Mowry then admitted she’s never experienced that with her husband Adam Housley.

Adrienne then asked the ladies if they’ve ever shed a tear during sex.

Mowry revealed she’s cried before, and Adrienne cheered, “Okay, I can’t be the only one!”

“Literally a tear just comes out of your eye,” Adrienne recalled. “It’s not emotional.”

Mai shared she’s never cried during sex so Adrienne told her, “I pray that upon your life, I really do.”

Adrienne is known for speaking candidly on the show about her relationships and her sometimes embarrassing experiences.

Back in January, Adrienne revealed that when she and her husband Israel Houghton first started dating, she had a few concerns — and in order to make sure he was committed, she would secretly record him.

“I’ve been doing this for years,” Adrienne said to her co-hosts.

“So there’s something called Voice Memo on your phone, and you can literally put it on Voice Memo, lock the phone, put it down, walk out the room, let y’all talk about me, walk back in, play it back outside the room, listen to what y’all said, walk back in and be like, ‘So Tam, you would say that sometimes I talk a lot?’” Adrienne explained.

Adrienne Bailon Is ‘Madly in Love’ with Her ‘Parisian-Chic’ Bel-Air Home: Take a Tour

Explaining how the method worked on her husband, Adrienne said, “In the car, I left my phone on Voice Memo, put it into the side thing in the car, walked out and went into a store.”

“I was like, let me see what phone calls he makes. Let me see if he talks to anybody on the phone. You’re just getting to know each other,” Adrienne continued.

Thankfully, when she came back to listen to the recording, she found nothing concerning.

Adrienne Bailon Opens Up About Her Struggle to Get Pregnant: ‘It Can Be Really Discouraging’

“I genuinely just feel so blessed and grateful. I’ve honestly never been happier in my entire life,” Adrienne told PEOPLE of getting married. “I’ve never felt what I feel right now. I can’t even describe what it is, but it’s such a peace mixed with total excitement.” 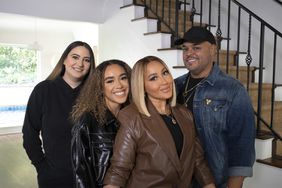 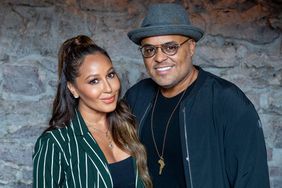 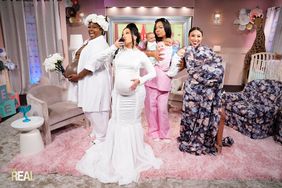 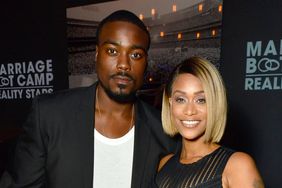 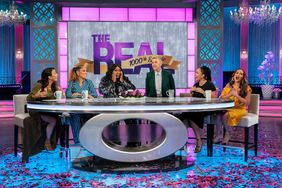 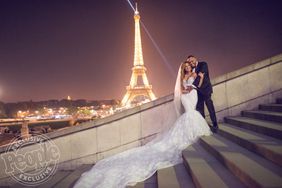