Gillis was fired from the show ahead of the 2019 season before even appearing on television after a video of him using racial slurs resurfaced online.

An SNL spokesperson said in a statement on behalf of show creator Lorne Michaels, "After talking with Shane Gillis, we have decided that he will not be joining SNL."

The statement read, "We want SNL to have a variety of voices and points of view within the show, and we hired Shane on the strength of his talent as comedian and his impressive audition for SNL. We were not aware of his prior remarks that have surfaced over the past few days. The language he used is offensive, hurtful and unacceptable. We are sorry that we did not see these clips earlier, and that our vetting process was not up to our standard."

Gillis said in a statement post-firing, "It feels ridiculous for comedians to be making serious public statements but here we are. I'm a comedian who was funny enough to get SNL. That can't be taken away. Of course I wanted an opportunity to prove myself at SNL, but I understand it would be too much of a distraction. I respect the decision they made. I'm honestly grateful for the opportunity. I was always a Mad TV guy anyway."

The actress and voice behind Marcel the Shell joined the SNL cast in 2009, but was fired after accidentally cursing on air.

Slate told Glamour, "It felt like an explosion when I accidentally said 'f---' on live TV during my very first sketch. After it happened, Lorne Michaels [creator of SNL] wanted to make sure I was okay because he knew I was scared - I had never been exposed so publicly. The aftermath was hard; people tweeted that I was 'ugly' and 'not funny,' and it really stung."

She added, "Lorne and I never talked when I was fired at the end of the season; I got the news online. I've still never watched the clip of my f----up. That'd be like watching yourself fall down the aisle at your wedding!"

Both Farley and Sandler were fired from the late-night sketch show in 1995, which may come as a surprise since they were so dang funny!

Sandler told The Daily Beast in 2014, "Yes, we were [fired]. We kind of quit at the same time as being fired. It was the end of the run for us. The fact that me and him got fired? Who knows. We were on it for a few years, had our run, and everything happens for a reason. We kind of understood because we did our thing. It hurt a lot at the time because we were young and didn't know where we were going, but it all worked out."

Rock was fired from the show in 1993 after expressing interest in another sketch show, In Living Color.

Killam had one year left on his contract with the show when he was unceremoniously let go without explanation in 2016.

When asked why he was cut, Killam told Uproxx, "I don't know fully. I don't know the other side of it. You sign for seven years, so I had one more year. I had sort of had it in my head I would make this upcoming year my last year, but then heard they weren't going to pick up my contract."

Known for his spot-on impressions of celebs like JAY-Z, Will Smith and Barack Obama, Pharoah was unexpectedly let go along with Killam. He didn't give an exact reason as to why he wasn't asked back, but did say, "You go where you're appreciated." The comedian felt like he was put into a box on the show and under-utilized, he added.

Silverman was fired after one season in 1994 via fax (ouch)! The comedian said that her firing was part of a big cast shake-up. She has a good sense of humor about it now, telling HuffPost Live, "By the way, I wrote not a single funny sketch, so that might have had something to do with it, too ..."

The A-Lister was hired at just 20 years old for the show's 11th season, but only lasted one year in the cast. Though it's not totally clear if he was fired, Downey Jr. did admit that he was "ill-suited" for the job.

Wayans was fired in 1986 after making script changes without permission - he took a straight male police officer and made him flamboyantly gay without explanation - after just one season on the show.

Wayans said that he made the decision because he "was angry." He explained, "They didn't let me do what I wanted to do on SNL, which I came to learn was Lorne Michaels' way of protecting me from looking like I was trying to be the next Eddie Murphy. It was right after Eddie Murphy left the show and they weren't letting me do things that he would do. So, I went against the script. That was my frustration."

He does admit that it was fair that he got the boot: "I knew I was going to get fired for it. Lorne did the right thing."

Riggle only lasted one season on the show, and blames being the only new person in an all-star cast for his firing.

He said of his time on the series in 2004, "I had a very special circumstance. The year I was hired, I was the only guy hired. The cast was massive. Fifteen people on the cast and I'm the only new guy. Well, you know Darrell Hammond's getting his, Tina Fey, Amy [Poehler] is getting hers, Maya Rudolph's getting hers, Will Forte, go down the list, they're all getting their time. I'm going in there and I'm drinking out of a firehose. This is the first showbiz gig I ever got so it's overwhelming to begin with. It's an unbelievable pace and pressure and I got to a point where I didn't even know what was funny anymore by the end of the season."

Watkins was on the show in 2008, but fired one season later. In a candid interview with Entertainment Weekly, she said, "The only explanation I got from [Michaels] - and he's not known to say things just to make people feel better - was that he felt deep down that I should have my own show. And I agreed. SNL was a dream come true for me. It was a fantastic year. I don't have any regrets."

She added that she was definitely shocked by the decision because "it just felt premature." 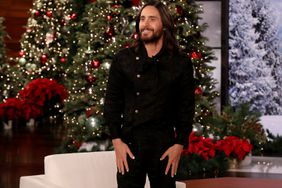