The real-estate market may be sagging in real life, but it’s looking up on TV: The CW has reportedly signed a deal for Ashlee Simpson-Wentz to move into Melrose Place.

The singer-actress, 24, plans to return to TV as a small-town girl trying her luck in Los Angeles, according to Entertainment Weekly. The character she will play – seven years after her first big role on the WB’s 7th Heaven – will display a “disarming naiveté [that] masks the calculating, shrewd sex kitten within,” says EW.

“I’m thrilled to be joining the cast of Melrose Place and I look forward to being a part of its new generation of residents,” Simpson-Wentz said in a statement.

A source close to Simpson-Wentz tells PEOPLE the actress “wanted something stable so she could be close to her baby.”

“She was specifically looking for something in television as her next step that filmed in Los Angeles so she wouldn t have to be away from Bronx,” the source says. “Music is still a passion but she felt this was the best thing for her and her family at this point in her life. She s really excited about Melrose Place.”

She and her rocker husband, Pete Wentz, will also guest star on the March 18 episode of CBS’s CSI: NY as a Bonnie-and-Clyde-like couple who get caught up in a drug deal gone bad. “I wish I got the chance to be murdered or rob a bank but I heard the make-up is much longer for that,” Wentz, 29, recently told PEOPLE. 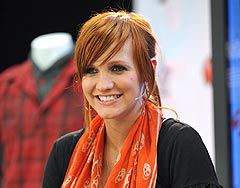 Why Ashlee's Moving to 'Melrose Place'