Smith was arrested on Wednesday on a Violation of Protection from Abuse Order charge, according to Upper Allen Police Department

90 Day Fiancé‘s Jay Smith has launched a GoFundMe in hopes of obtaining a lawyer to help him secure his release from an Immigration and Customs Enforcement detention center.

The fundraiser, which was created on his behalf by a friend, states that Smith “turned himself in to authorities Tuesday night with the understanding and intent that he was to see a judge the next morning and be released.”

However, the reality star remains in custody and now faces deportation following his arrest.

“Jay is sitting in jail, awaiting a hearing on whether he will be deported or be allowed to make a life for himself here in the U.S… however, the way our system works with immigrants is different than how they treat citizens,” the page reads.

“They will hold him for a month or months, there’s no telling how long, before even giving him the right to see a judge.”

Smith is hoping that the money raised can help him pay for an attorney as it is “the only way for him to sooner see a judge” and “to avoid deportation from the U.S.”

Smith also “fears for his life if he is returned to Jamaica.”

To him, according to the GoFundMe, “he is now seen as a traitor who has turned his back on his people and they will assume he has money since he was in America and on an American TV show so that keeps him at continuously high threat for his safety if he is returned home.”

The friend also shared that she has visited Smith since his arrest, explaining “he is his upbeat and positive self as much as he can be right now but he needs our help.”

“He is innocent and he’s doing the best he can.”

Smith, who starred on the TLC series with estranged wife Ashley Martson, was taken into custody Wednesday on a Violation of a Protection from Abuse Order charge, according to Upper Allen Police Department.

“On July 2, 2019, Upper Allen Police investigated a report of a PFA violation,” a report on the police department’s website states about Smith, whose real name is Conroy Smith.

“The protected party lives in Upper Allen Township and reported a social media post made by Smith, which was in violation of the order,” the report continues. “As a result of the investigation, an arrest warrant was obtained for Smith. On July 3, 2019, Smith was taken into custody without incident.”

“Smith was transported to the Cumberland County Prison for processing and arraignment,” the report reads. “A hearing will be held at a later date.”

Smith, a Jamaica native, was served with a Protection From Abuse Order on Monday, July 1, the Cumberland Sheriff’s Office confirmed to Radar Online. On Wednesday, he was reportedly taken to York County Prison in Pennsylvania.

“He’s in our custody. He’s just getting put into the facility,” a spokesperson for the U.S. Immigration and Customs Enforcement Office told Radar. “It looks like he’s going to be going through the motions. He will see an immigration judge to see if he’ll be deported.”

Martson alleged in an interview with Celebuzz! on Wednesday that while she was on vacation, Smith broke into her home. After calling the police, they instructed her to file a PFA, according to the outlet.

“I filed a PFA, and I took all the evidence in on Monday,” she told the outlet. “Jay was served at 7:10 PM on Monday, and it specifically said in there ‘you’re not allowed to talk about this PFA or Ashley at all on any social media platform.’ ”

She said Smith “the very next day, went on social media and made a post [about her and the PFA].”

According to the outlet, officers saw that Smith had violated the document and notified Martson that there was a warrant out for his arrest. Smith reportedly told authorities that he would turn himself in Tuesday night. “The officers called me at 1:30 this morning and said that he finally had turned himself in,” said Martson.

Martson told the outlet, “I filed for his green card and then I retracted it because he cheated on me again.”

Martson and Smith starred in season 6 of the TLC show. While in Jamaica for a wedding, Martson met Smith at a club with a few of her girlfriends. Though she didn’t expect to hear from him again, he tracked her down via social media and he proposed six months later when she returned to visit him.

In April, Martson filed for divorce from Smith for the second time.

She filed the divorce papers in a Pennsylvania court, according to E! News. Later, she seemingly confirmed the split news by posting a headline about the divorce on her Instagram Story, the outlet reported.

Martson also shared a photo of herself to Instagram with the caption, “Behind every Strong woman lies a broken little girl who had to learn to get back up, fix the broken pieces, and never depend on anyone #bossbabe #fixyourcrownqueen #womansupportingwomen.”

In January, the reality TV star reportedly first filed for divorce from Smith after eight months of marriage. However, less than two weeks after filing, Martson withdrew the paperwork, E! News reported.

Martson and Smith did not respond to PEOPLE’s request for comment at the time. 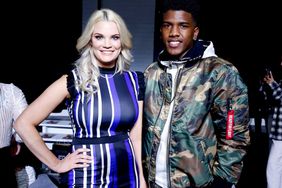 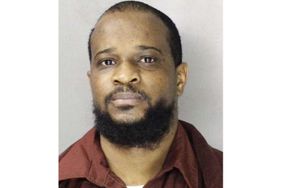 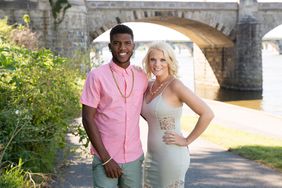 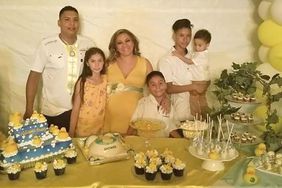