The 33-year-old star won the award for outstanding writing for a limited series, movie, or dramatic special at Sunday's 73rd Primetime Emmy Awards for her BBC/HBO series, I May Destroy You.

She addressed her powerful acceptance speech specifically to her fellow writers, before dedicating the show to all survivors of sexual assault.

"I just wrote a little something for writers really," she began. "Write the title that scares you, that makes you feel uncertain, that isn't comfortable. I dare you in a world that entices us to browse through the lives of others to help us better determine how we feel about ourselves, and to in turn fill the need to be constantly visible."

She continued, "For visibility these days seems to equate to success. Do not be afraid to disappear from it, from us for a while, and see what comes to you in the silence."

"I dedicate this story to every single survivor of sexual assaults," concluded Coel, who also earned a nod for outstanding actress in a limited series or a movie.

In addition to writing I May Destroy You, the British actress created, co-directed, executive produced and starred in the show, which explores a journey of personal identity while also tackling the subject of consent and what happens to someone after they are sexually assaulted.

The main character Arabella's arc is also loosely based on Coel's own life, after she was raped in 2016. 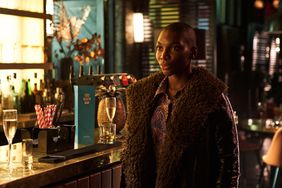 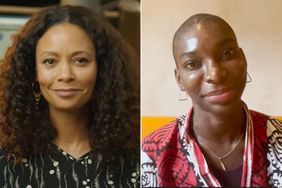 Thandiwe Newton Presents 'I May Destroy You' with Peabody Award: 'Our Stories Truly Matter' 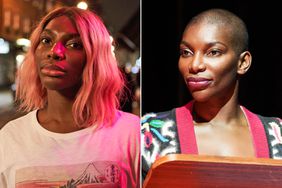