During the 73rd Primetime Emmy Awards on Sunday night, the actor and writer took home the trophy for outstanding supporting actor in a comedy series for his work on Ted Lasso.

"So this speech is going to be f—ing short. I was very, very specifically told I'm not allowed to swear. So, um ..." Goldstein said, adding a string of expletives that were ultimately bleeped out.

Goldstein then went on to thank those involved in the series, including his castmates. "To my teammates that I'm nominated with and all my team," he said. "This cast made me sick, they're so good."

After giving a shout-out to his loved ones, he gave one more special thank you to those who created the series.

"And lastly, I want to say to Jason [Sudeikis], Bill [Lawrence], Brendan [Hunt] and Joe Kelly, thank you for creating this show, and providing me to be part of it," he said. "It has been one of the greatest honors, privileges, and privileges, I just said that twice. But it's a double privilege. It's the most privileged privilege and pleasures of my life."

Goldstein concluded his speech, saying, "Well this is the f—ing icing on the cake," according to The Wrap.

This is Goldstein's first Emmy win and nomination. He won his award after costar Hannah Waddingham took home the trophy for supporting actress in a comedy series.

Goldstein didn't begin his gig on the hit comedy as an actor. Instead, the star began as a writer on the show but started to feel a connection to Roy Kent as an actor.

He self-taped five scenes and submitted an unsolicited audition, he told PEOPLE via email in July.

"My personal favorite is the scene where Roy is in the car park (parking lot) in episode 5 and is behind Keeley [Juno Temple] and accidentally scares her by her car. I think that may have been the one that sealed the deal," Goldstein shared. "That or [co-creators Joe Kelley and Jason Sudeikis] couldn't be bothered to keep looking." 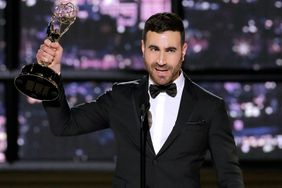 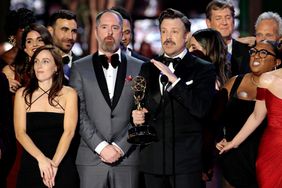 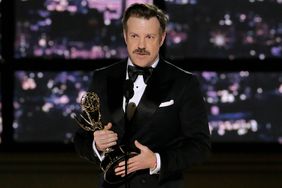 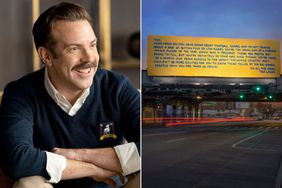 Ted Lasso Supports the U.S. Men's Soccer Team with Messages on Billboards in Their Hometowns 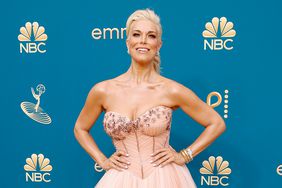 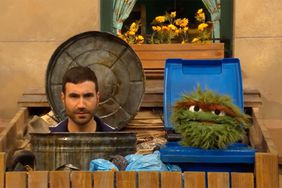 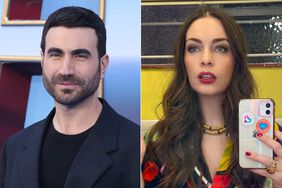 Who Is Brett Goldstein's Girlfriend? All About Beth Rylance 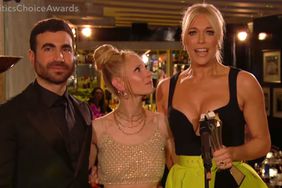