From Ryan Reynolds to Kathy Griffin, 15 of Our Favorite 'X-Files' Guest Stars

Sunday is the day X-Files diehards have been waiting for: For the first time since 2002, we get to watch new episodes of one of the biggest cult favorite series in TV history.

And not only are David Duchovny and Gillian Anderson reprising the roles of Agents Mulder and Scully, but they’re bringing with them Mitch Pileggi (Assistant FBI Director Walter Skinner), William B. Davis (the Cigarette Smoking Man), The Lone Gunmen (overcoming the notable handicap of having died in the show’s final season) and even Annabeth Gish (Agent Monica Reyes).

(No word about Robert Patrick’s Agent John Doggett making a surprise cameo, but surely there’s a vocal Doggett contingent among X-Files fans rooting for one, right?)

Over the course of the 202 episodes in the original series run, The X-Files introduced viewers to a whole host of one-off characters whose lives had become entangled in some manner of paranormal activity. In celebration of Sunday’s big premiere, we’re counting off some of our favorite celeb guest appearances on the show – some who were making splashy cameos and some who were appearing on the series before they became big-name actors later.

A baby-faced Reynolds played a supporting role on the show almost 20 years ago this week. His character was a high school jock who ran afoul of two classmates who suddenly developed psychic powers and turned into the biggest threats to student safety this side of Carrie. The role came along two years before Reynolds’ first TV series, the sitcom Two Guys and a Girl, and six years before his first major movie role in Van Wilder. “Syzygy” also featured the late That ’70s Show actress Lisa Robin Kelly and one of the telekinetic mean girls.

Mulder and Scully’s investigation into possible vampire activity in a small Texas town introduced them to Sheriff Hartwell, played by Wilson post- Bottle Rocket but pre-Rushmore. In Scully’s memory of the events, he was suave and flirtatious. In Mulder’s, however, he was a bucktoothed rube. It was one of the funnier episodes The X-Files ever turned out, and also featured Sandlot actor Patrick Renna as a possible vampire.

If The X-Files was going to do a Christmas episode, it would be unlike any other show’s take on yuletide merriment. This one featured Asner and Tomlin as married ghosts trying to trick Mulder and Scully into offing each other. As dark as that may sound, it was a great episode, thanks in part to the ace comedic timing of Asner and Tomlin, and it ended up prompting Mulder and Scully to share a tender Christmas moment at the end.

Foster played Betty – a talking tattoo, of all things – that convinced its owner to commit acts of violence. Her voice was almost unrecognizable in the role, and she infused the character with enough personality that you almost forgot that the weirdness was explained away with tainted tattoo ink. Incidentally, “Never Again” was almost directed by Quentin Tarantino.

Because Shalhoub was mostly known for his comedic role on Wings, “Soft Light” stood out as especially creepy. He played a man literally afraid of his own shadow – and with good reason, as it evaporated anyone who touched it. The episode’s final image of Shalhoub was one of the more haunting in the show’s history.

Months after the end of Suddenly Susan, Griffin scored not one but two roles on this episode of The X-Files, in which she played Betty Templeton and Lulu Pfeiffer, doppelgängers who detested each other and, when in the same room, made people inexplicably want to beat the stuffing out of anyone standing nearby. (So if you ever wanted to watch Kathy Griffin kick her own butt, this is the episode for you.)

The Everybody Loves Raymond star won an Emmy for his performance as a man who can foresee how people will die. It was scary in parts but also sometimes sweet and deep in a way; in fact, it might be one of the best episodes the show ever produced.

Two years before she became famous for her role on Ally McBeal, Liu played a small supporting role as a leukemia-stricken young woman in an outing that had Mulder and Scully investigating supernatural goings-on in San Francisco’s Chinatown. The episode also featured Jurassic Park actor B.D. Wong.

It’s not just that Belzer was playing his Homicide: Life on the Streets character, Det. John Munch, on The X-Files in a rare cross-network crossover. It’s also that Munch later took the character to Law & Order: SVU, meaning Mulder and Scully technically exist in the same fictional universe as Mariska Hargitay’s Lt. Olivia Benson. The fact that Munch also appeared on The Wire and Arrested Development? The mind boggles with crossover possibilities.

A year before he started on Even Stevens, LaBeouf played a supporting role in this episode about a man with supernaturally good luck who tried to use it to help LaBeouf’s character. LaBeouf, who was only 13 when the episode aired, featured prominently into the episode’s unusually sweet ending.

It’s hard to tell what was stranger about the guest roles in this episode – Paul as a would-be contestant on a show that’s very clearly meant to be a parody of Jackass, or Lynch as an overprotective mother who’s also part insect? Something for everyone!

This episode is tough to explain. If you’ve already seen it, you probably know why. If you haven’t, try it out. It’s probably the weirdest thing you will see today. 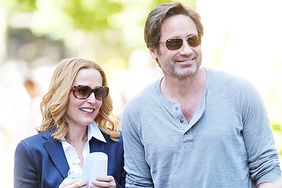