It doesn’t matter if you’re a celebrity, an Internet troll or a Hollywood gossip – come at Kim and she’ll come right back at you.

1. When she twirled on nude selfie haters on Twitter and in an essay.
A story as old as time: Girl takes nude selfie, girl posts nude selfie on Instagram, haters come out en masse to slam girl for said selfie.

Chloë Grace Moretz, Bette Midler and Piers Morgan were among the folks who had not-so-nice things to say about the censored nude shot, prompting Kim to unleash her snarkiest side on Twitter. A sampling of the carnage:

Kim also posted a thorough clap back on her website and app following the drama.

“I don’t do drugs, I hardly drink, I’ve never committed a crime and yet I’m a bad role model for being proud of my body?” she wrote.

2. And when she continued firing back by posting a double nude selfie.
Model Emily Ratajkowski quickly leapt to Kim’s defense on Twitter during the selfie war

but she and Kim really served detractors a double dose of shade when they teamed up for another epic photo, complete with appropriate hand gestures.

3. That time she hilariously shut down the parenting rumor mill.
As new moms are wont to do, Kim showed off an adorable picture of daughter North West on Instagram.

For reasons unknown, some people looked at the picture and thought “Hey, it looks like that baby’s eyebrows have been waxed,” instead of just, you know, “awww.”

Kim came in full force to address the rumors.

And when people still didn’t get the joke, she spelled it out for them real slow.

4. When she stood by her man.
Everyone had something to say about Kanye West after his headline-grabbing Twitter rants and the debut of his new album The Life of Pablo. But Kim had even more to say in defense of her hubby.

On her app/website’s “Currently” post, Kim wrote that she was currently loving “my husband,” wearing “Yeezy season three samples,” hating “that people don’t get that Kanye will stand up against the whole world for his creativity and art,” reading “Kanye’s tweets,” watching “Kanye shoot his new video” and wanting “everyone to be as honest as Kanye.”

5. When she upheld her right to crop.
As we’ve all been warned they’ll do, haters hated on this Instagram photo:

Why? Because Kim cropped her daughter’s face out of the pic, which by hater logic was obviously an indication that she treats her kid like a heaping pile of garbage.

Kim was not impressed.

6. When she DGAF what people had to say about her pregnant bod.
As we’ve seen, everyone always has a comment to make when it comes to Kim’s body, and the criticism gets even more extreme when she’s expecting a child. Rumors swirled that Kim was faking her pregnancy with Saint (more on that later), as each and every photo of her was scrutinized. But the reality-TV queen gave the peanut gallery one big “shut the hell up” with a legendary Instagram rant accompanied by a shameless naked selfie. ‘

“Everyone’s body is different, every pregnancy is very different! I’ve learned to love my body at every stage! I’m going to get even bigger & that’s beautiful too! They also say your body carries a boy different than a girl! Whatever the case may be I’m grateful to God for this miracle & no matter what rumors or comments you throw my way this time they truly don’t affect me! #NoFilter #NoPhotoShop #GoodLighting.”

7. That time she took Wendy Williams to task for accusing her of faking her pregnancy.
“[Kim] seems like the type who might be able to get pregnant, but she’s using that woman’s trickery, you know what I mean? And so now it’s down to allegedly is she really pregnant or do they have a surrogate? Only time will tell,” Williams said on her show after Kim announced her second pregnancy.

The show just so happened to air as Kim was diving into the live video game. “Can’t wait til my website is active! I’m gonna do live video streaming so every time someone talks shit I can go blast the f— outta them,” she wrote on Twitter. Shortly thereafter, she told a fan who complained about Williams’ “lies” that the new platform would allow her to “address” such absurdities.

8. When she didn’t put up with Photoshop nonsense.
People cried “Photoshop” when Kim posted a totally fire post-workout pic with Blac Chyna. “Stop #hating, people! Why is it so hard to believe she works out hard for her body?” a Twitter user wrote in response to the backlash. “Let her be skinny in peace! You look great!”

Kim retweeted the kind words and added a message of her own: “Preach! LOL thank you! It sucks when people make up surgery or photoshop lies when I am so disciplined & work so hard! Just trying to motivate others & show anyone struggling with weight they can totally achieve whatever they want if they are dedicated!”

9. When she didn’t take crap from people who can’t spell.
Kim posted a screenshot of North’s infamous tweet (it read “jhjhh’/”) from her account to Instagram, prompting Insta commenters to come out with their typical attacks. “And use a cellphone? Lol at the age of ONE,” one user wrote. “Your right and that’s sad they learn how to use cellphones now before they can ever wipe there butt,” they added in a since-deleted comment.

Kim was not about to let such grammatically insufficient abuse stand. “Well at least North will know how to f—ing spell you’re and their,” she replied.

10. When she gave the ultimate “f— you” to her haters after joining Snapchat.

11. When she came to sister Khloé’s defense.

The Keeping Up with the Kardashians star clapped back at ex-brother-in-law Lamar Odom in January 2018, a day after a sneak peek of his appearance on BET’s Mancave was released. The athlete discussed his failed marriage to sister Khloé, citing the moment he realized their relationship was officially “over.”

“I understand when it’s over, it’s over,” Odom shared about their relationship, and added with a smile: “When she was with her second or third NBA ball player, I could see that.”

In a fiery tweet, big sister Kim stood up for Khloé when she responded to a Twitter user who posted, “Burn!” about the quote. Kim tweeted,”Or second or third brothel,” referencing Odom being found unconscious in a Nevada brothel in 2015.

12. When she shot back at Lindsay Lohan on Instagram.

Kim’s new blonde cornrows, which she called “Bo Derek braids,” received heavy backlash on Instagram in January 2018, with many accusing the star of cultural appropriation.

Lohan, who used to be friendly with Kim back in the early aughts, commented on a photo celebrity blogger Perez Hilton posted of the reality star’s new braids, asking fans to weigh in on her look.

“I am confused,” Lohan wrote to which the mom of three clapped back, “You know what’s confusing….. Your sudden foreign accent.” 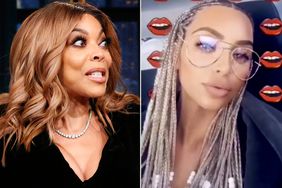 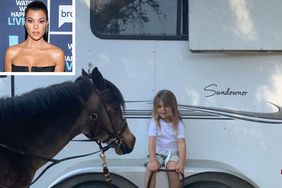 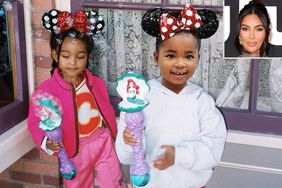 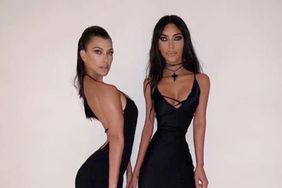 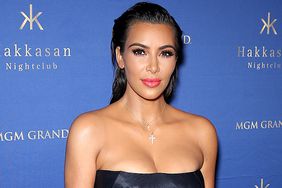