Joe Jonas is trading the stage for your phone screen with his latest project — a travel show on streaming service Quibi.

Cup of Joe follows the Jonas Brothers singer as he tours various international cities from Berlin to Los Angeles. But instead of being shuttled from gig to gig, he’s taking his time to explore each destination, sampling the local coffee (thus the show’s name) and being led around by famous friends.

Many of his celebrity guides are locals (Tina Fey in New York, Matthew McConaughey in Austin) or local heroes — David Hasselhoff picks Jonas up on a Berlin street corner in a replica of his talking Knight Rider car KITT.

There are also some special appearances from those closest to the “Sucker” singer. His wife, Game of Thrones actress Sophie Turner, with whom he tied the knot in an elaborate French ceremony in 2019, accompanies him on a romp around Amsterdam, the city where she reveals they fell in love. His brothers and bandmates Nick and Kevin Jonas also step in for his trip to Barcelona.

Like all of Quibi’s offerings each episode is short form — these are about 7 minutes — and intended to be watched on your phone.

While we’ll all be arm chair travelers only for the foreseeable future, another new series may make you want to jump up and get moving. Floored, a wild dance competition show hosted by Liza Koshy is also coming to the platform.

The series is like a mash-up of World of Dance and Wipeout and features dance crews performing on a floor that is constantly shifting while other obstacles (falling bouncy balls, a massive swinging pendulum) try and take them off their feet.

Cup of Joe and Floored both premiere on Quibi on Monday, April 27. 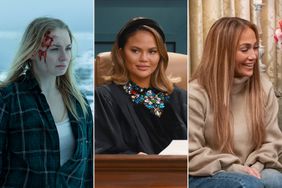 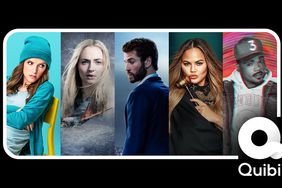