About 400 volunteers came together to install a massive collage around the glass pyramid in the Napoleon Court of the Louvre Museum Friday evening — only for it to be destroyed hours later.

For the 30th anniversary of the Louvre Pyramid, French artist Jean Rene created an optical illusion, making it appear like the famous structure was emerging from a rocky abyss.

The artwork consisted of 2,000 pieces of paper and took four days to assemble.

“Each day hundreds of volunteers came to help cut and paste the 2000 strips of paper, making it the biggest pasting ever done by the artist,” read a statement on Rene’s website.

The installation was completed on March 29. The next day, the paper strips started to come undone.

As tourists flooded the attraction, the artwork was completely destroyed as people walked over it. Some visitors have reportedly even ripped up pieces of the artwork to take home as souvenirs.

Photos shared online show pieces of paper flying all over the courtyard.

Many museum-goers spoke out about the installation on Twitter, calling it “a pity.”

“The problem is that the collage is almost ruined now. People walked on it all day long and the paper doesn’t stick to the ground anymore,” one user wrote.

Though the installation appears to be ruined, Rene did not seem to min and, in fact, embraced his work’s destruction as adding to its meaning.

“The images, like life, are ephemeral. Once pasted, the art pieces lives on its own. The sun dries the light glue and with every step, people tear pieces of the fragile paper,” Rene said on his website.

A spokesperson for the Louvre has since spoken out about the incident telling The Times, “It’s perfectly normal for it to be degradable. We just didn’t know how fast it would happen.”

Inside Beyoncé and JAY-Z’s ‘Apes—’: A Guide to All the Art in the Epic Music Video

Of course, this isn’t Rene’s first time working with the Louvre.

In 2016, the artist created another optical illusion, but this time he covered the pyramid with a colossal paper photograph of the museum.

If onlookers stood in the right spot, the photo would perfectly align with the building behind it — making the glass pyramid disappear.

The Louvre Pyramid was completed in 1989 by Chinese-American architect I.M. Pei. It serves as the main entrance to the Louvre Museum and has become a major landmark in Paris. 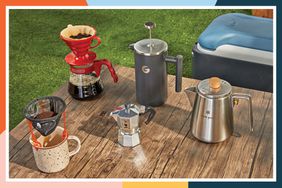 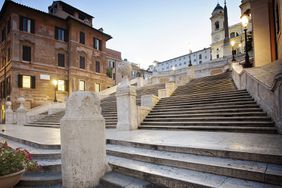 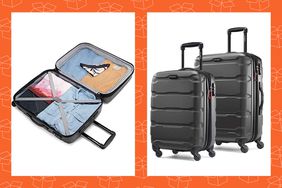 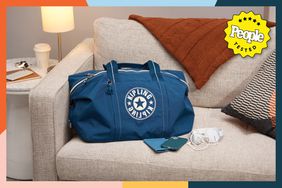