The Force is going to get a whole lot stronger at Disney World this winter.

On Thursday, Disney Parks announced on its blog that a new addition was coming to its wildly popular new land Star Wars: Galaxy’s Edge, which opened in Disneyland in California earlier this summer, and is opening at Disney World in Orlando on August 29.

The new ride, titled Rise of the Resistance, is the latest experience that the biggest Star Wars fans on the planet can enjoy when it opens at Walt Disney Worlds Resort on December 5. That date also marks the birthday of the late Walt Disney. It will open at Disneyland Resorton January 17.

“When it opens, Star Wars: Rise of the Resistance will blur the lines between fantasy and reality and will put guests in the middle of a climactic battle between the First Order and the Resistance,” Disney editorial director Thomas Smith revealed in the post.

“Guests will be recruited to join Rey and General [Leia] Organa at a secret base,” he continues. “Along the way, they will be captured by a First Order Star Destroyer. With the help of some heroes of the Resistance, they break out and must escape the Star Destroyer, protect the secret base, and stay one step ahead of Kylo Ren.”

While Disney originally intended for Rise of the Resistance to be ready in time for Disney World’s Galaxy’s Edge debut in August, they ultimately had to push it back, with the opening set to feature Millennium Falcon: Smuggler’s Run as the park’s sole ride until December.

Filming Star Wars: The Rise of Skywalker Without Carrie Fisher Was ‘Very Emotional’ for Daisy Ridley

Rise of the Resistance joins amazing Star Wars themed landmarks at the park, which includes Millennium Falcon: Smuggler’s Run. The park is also home to Oga’s Cantina, the destination for exotic beverages and Docking Bay 7 Food and Cargo, which are the “designated location for traveling food shuttles.”

Fans can also become further immersed into the Star Wars culture with Path of the Jedi, which takes visitors through the entire saga, complete with footage from the films and a few special appearances by some familiar faces. 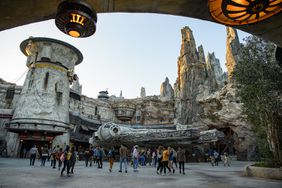 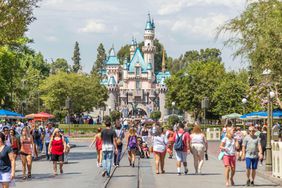 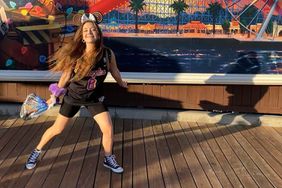 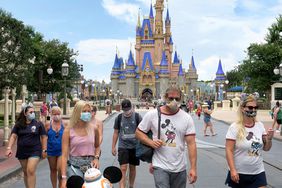 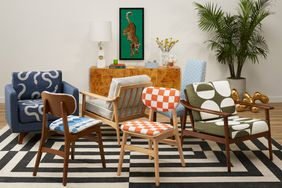 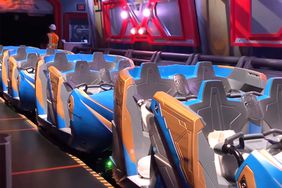