Sister Hazel will be joined by headliners Switchfoot and NEEDTOBREATHE

The Rock Boat has launched its 20th voyage, and it’s all for you!

Setting sail from Jan. 24 – Jan. 29, 2020 on the Norwegian Pearl, the ship will feature headlining acts NEEDTOBREATHE and Switchfoot. The cruise will be hosted by Sister Hazel, who was the inspiration for the first-ever Rock Boat sailing.

Sister Hazel, best known for their single “All for You,” may have been the force behind the current celeb cruising craze.

According to a release from cruising production company Sixthman, the first Rock Boat, which set sail in 2001, launched because the band’s fans — dubbed the “Hazelnuts” — suggested an entire weekend to hang out with the rockers. Instead of going the traditional music festival route, their manager, Andy Levine, suggested the band perform on a cruise ship and invite their fans to come along.

“We started the Rock Boat to say thanks to the fans that had provided the wind in Sister Hazel’s sails,” Levine says in a statement. “We realized soon after we pulled away from shore that we had stumbled into something much bigger. It was a reunion of people who thought they were strangers but were actually friends. Our main responsibility over the last 20 years has been to harness the kinship of the guest and artist community with the intention of making it feel like family.”

While on board the Rock Boat, guests can enjoy non-stop music, parties, unlimited soft serve and amenities themed to the performing bands.

WATCH THIS: We All Get a Cruise! Oprah Winfrey and BFF Gayle King Announce Plans for a ‘Girls’ Getaway’

“It would be impossible to overstate the pride, love, and gratitude we have for ‘The Rock Boat,'” says Sister Hazel’s lead vocalist Ken Block. “Everything that it’s meant to us as musicians, artists, community builders, and as a creative team goes way beyond words. It’s a huge part of our identity. But more than anything, we’re extremely proud of the positive ripple effect it has had on so many talented artists — and in the lives of so many amazing fans and music lovers from around the world.”

Block also calls the annual event the “signature event” of their career.

During their 20th anniversary sailing, Sister Hazel and the two headlining acts will be joined by other bands such as Tonic, Red Wanting Blue, Welshly Arms, Gaelic Storm, Carbon Leaf, Melodime, The Brevet, Amy Gerhartz, Tall Heights, and Brett Newski & the No Tomorrow. More musical acts are expected to be announced in the coming months.

The Rock Boat XX sets sail from January 24-29, 2020 and will travel from Miami to Harvest Caye, Belize and Roatan, Honduras. Prices and bookings will be available at a later date. 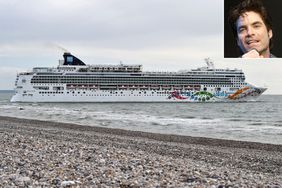 Hey, Soul Sister! Train Wants to Sing Karaoke with You Aboard Their 'Sail Across the Sun' Cruise 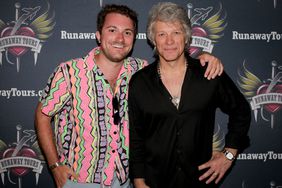