During its initial opening, the park will operate with added social distancing and other safety precautions

Tickets for the first few days following Shanghai Disneyland's reopening sold out immediately on Friday morning after becoming available to the public at 8 a.m. local time on the park's website.

The news follows Disney's announcement on Tuesday that the Chinese park would be reopening its gates on Monday, May 11 for the first time in over three months.

The Shanghai location was the first Disney park to shut its gates due to the novel coronavirus (COVID-19) pandemic, announcing on Jan. 24 that it would be temporarily closing “in response to the prevention and control of the disease outbreak” and “in order to ensure the health and safety of our guests and cast."

PEOPLE confirmed that as of Friday at noon, full-day tickets for May 11 through May 13 — the first three days of the reopening — were sold out on the Shanghai Disneyland website.

On Tuesday, Joe Schott, the president and general manager of Shanghai Disney Resort, announced in a blog post that Disney's largest international park would be reopening to the public on May 11 under "enhanced health and safety measures."

Now, as "Shanghai and its neighboring provinces have returned to more normal life — including at workplaces, schools, shops, restaurants, and entertainment destinations," Schott said that the park is able to reopen, though "some things will look a little different."

During its initial opening, the park will operate with added social distancing and other safety precautions, including "limited attendance and required advanced ticketing and reservations, accommodating social distancing in queues, restaurants, ride vehicles and other facilities throughout the park, and implementing increased frequency of sanitization and disinfection," according to a press release.

However, during its first reopening phase, "a special Disney character procession, Mickey and Friends Express, will take place several times daily, and the Enchanted Storybook Castle will come to life with light and music at dusk each day with Evening Magical Moment."

As Shanghai Disneyland opens its gates, Disney is also looking into phasing the reopening of its U.S. theme parks after Disneyland and Walt Disney World were closed indefinitely in March.

Disney Parks’ chief medical officer Dr. Pamela Hymel wrote in a blog post on Tuesday that the company is considering “how best to begin the reopening process, including a gradual reopening and/or partial reopening of certain locations."

Disney announced on Thursday that Disney Springs in Florida will begin a phased reopening on May 20, though the rest of Walt Disney World — including theme parks and resort hotels — will remain closed for now. The shopping and dining destination will be the first Disney location in the U.S. to open back up.

"As you can imagine, managing guest density in queues, restaurants, hotels, ride vehicles and other facilities throughout the park and across the resort is a major focus, as we implement physical distancing guidelines based on guidance from health authorities, such as the Centers for Disease Control and Prevention (CDC) and appropriate government agencies," Hymel wrote on Tuesday.

Other new procedures Disney is considering to roll out include "increased cleaning and disinfection" of high-traffic areas and "screening and prevention support" for guests.

According to the company, health measures such as adding hand sanitizers and handwashing stations across its parks "have already been implemented."

Disney's theme parks and cruise businesses have been severely impacted by the coronavirus crisis. The company reported a 58 percent drop in operating income for 2020's second quarter, compared to the same period last year, during a call with analysts on Tuesday, according to CNBC. Disney also said Tuesday that it estimated that $1 billion of revenue has been lost due to park closures.

With movie theaters closed in addition to park closures, Disney said in the call that its quarterly profit fell more than 90 percent, MarketWatch reported. 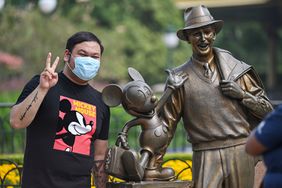 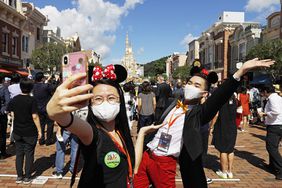 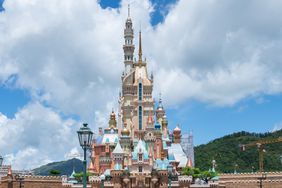 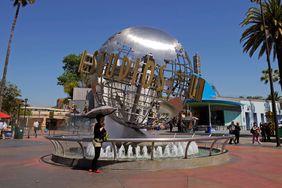 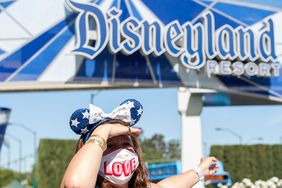