Airline Passenger Stung By Scorpion Mid-Flight: 'I Had a Full-Fledged Panic Attack'

A woman on a recent Air Transat flight was in shock after she says she was stung by a scorpion mid-flight.

Quin Maltais’s four-hour flight from Toronto to Calgary, Canada, was in its final descent on Feb. 26 when she started to feel a strange sensation in her lower back, according to CBC News.

“I just kind of ignored it,” Maltais told the CBC, and mentioned she thought it might have been the air conditioning blowing on her.

“As soon as the lights turned off again, closer to when we’re literally about to land, I felt the piercing pain on my lower back, like, oh, my God, something bit me,” she said.

Maltais told the Canadian news outlet that she was trying to grab her sweater, but was virtually stuck in her seat because she couldn’t take off her seatbelt during landing.

“The lights turned on, I looked into the ball of bundled sweater that I had but nothing was there. I looked behind me on the seat and then I saw movement and there was a scorpion that was in the fold toward the back of the chair.”

When the Yukon native, who was studying in Alberta, alerted a flight attendant, she said they first brushed it off after finding a gum wrapper in the seat, and thought that was what caused her to be uncomfortable.

Maltais claims she demanded she check the seat again and that’s when the attendant saw the scorpion.

WATCH THIS: Post Malone ‘Can’t Believe How Many People Wished Death on Me’ After His Plane Lands Safely

CBC reports that Maltais was escorted off the plane by paramedics who assessed her and concluded she had not sustained any injuries. But Maltais claims she had to be strapped to a heart monitor because she was “unable to calm down.”

“I had a full-fledged panic attack,” she said.

A spokesperson for Air Transat confirmed to PEOPLE that a passenger had been stung by a scorpion on board, but could not confirm how the arachnid got on board.

“Once at destination, the passenger informed our cabin crew of the situation. Our team immediately contacted Medlink, a service offered by the MedAire company to Air Transat, and our passenger was then assisted at the gate by paramedics,” the spokesperson told PEOPLE in a statement. “The scorpion was found on board once all passengers disembarked from the aircraft and was handled by airport authorities.”

“Although this is an extremely rare situation, it can unfortunately occur,” the spokesperson added. “Our teams followed the protocols in place and a complete inspection of the aircraft, as well as an extermination process, were carried.”

The unexpected presence of scorpions on planes is, surprisingly, a relatively regular occurrence. A United flight was delayed in May 2017 after the animal was found in a passenger’s clothing. A scorpion fell on someone’s head in April of that year. And in February 2019, a scorpion crawled out of an overhead bin on a Lion Air flight.

According to a description from Terminix Pest Control, “All scorpions are venomous, but not always poisonous to humans.” In some species, however, it can be life-threatening. The animal can survive in a variety of environments from mountains to deserts to marshes — and seemingly, plane cabins — with little food or oxygen. 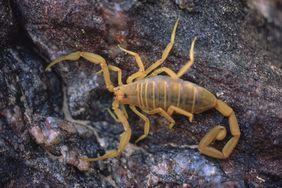 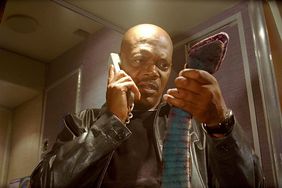 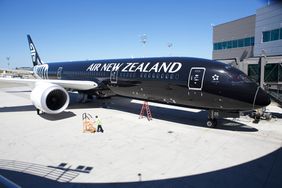 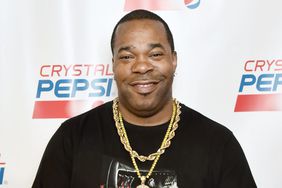 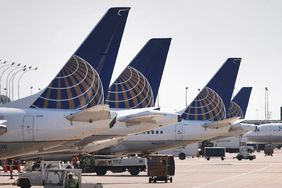 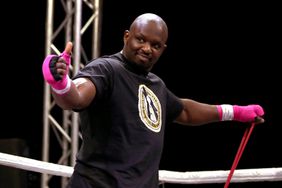