The trio made a stay out of their "work trip" to the Jersey Shore, where they taped their hotly anticipated VMAs performance from the famous Stone Pony stage

The Jonas Brothers are returning to their New Jersey roots.

The trio pre-taped their buzzed-about 2019 MTV VMAs performance from the famed Stone Pony stage in Asbury Park, New Jersey — all to the shock of the lucky fans who were strolling along the boardwalk on Sunday night.

Kevin shared a photo of himself and Nick enjoying the view from their hotel room balcony, which he appropriately captioned “Jersey boys.”

In May, the Jonas Brothers announced their first North American tour in nearly a decade, to promote their reunion album, Happiness Begins.

The Jonas Brothers’ 40-date Happiness Begins tour kicked off on Aug. 7 in Miami, Florida, and is now in full swing.

“It definitely wasn’t one conversation, it was many. We started spending a lot of time together and we all kind of felt that there was a magic and there is a magic when we’re together that we missed,” Nick said of the trio’s reconciliation during a March interview on SiriusXM’s Morning Mash Up. “We felt like we wanted to feel that magic again, so we talked about it and after a few conversations and a bit of healing that needed to be done with us as family, we all came to the decision to do this again. We got in the studio and that magic that we spoke about, we felt it again. We’re on cloud nine at the moment.” 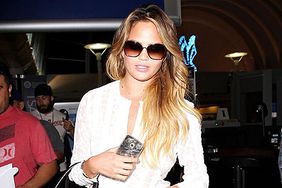 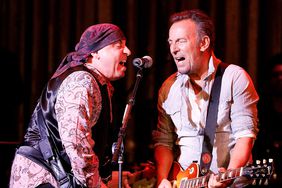 5 Reasons to Visit Asbury Park, New Jersey (No. 1: You Might Bump into Bruce Springsteen) 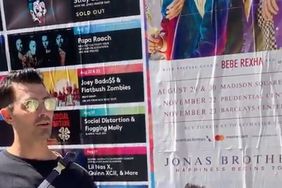 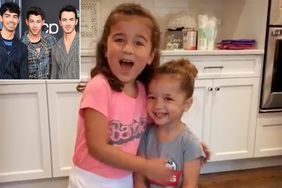 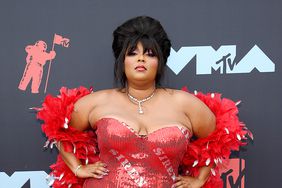 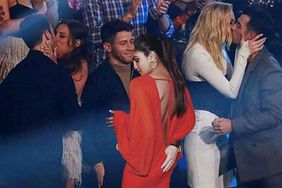