Mayor of Picturesque Italian Village Will Pay You $10,000 to Move There - But There's a Catch

Ever dream of moving to Italy? Now's your chance.

Giovanni Bruno Mattiet has a hard-to-beat offer for families hoping to find an affordable place to live.

The mayor of the picturesque rural Alpine village of Locana, Italy — located in Piedmont, the mountainous northwestern region that borders Switzerland and France — will give interested families willing to relocate there a sum of cash as a thank you, CNN Travel reported.

Why so generous? It's Mattiet's attempt to help revive Locana, which like many other small towns in the region, has been experiencing dwindling and aging populations. According to CNN Travel, one in four communities have become ghost towns over the last 30 years — with 139 villages now having less than 150 residents.

There are stipulations, of course. For one, Mattiet is looking for families, specifically, with at least one child. He's also looking for potential residents that have a minimum annual salary of $7,992 a year (or €6,000).

Viva L'Italia! Stars Can't Stay Away from Italy: Here's Exactly Where They Go
You Can Buy a House for $1 in this Picturesque Italian Village — with One Catch

In Locana, "our population has shrunk from 7,000 residents in the early 1900s to barely 1,500 as people left looking for a job at Turin's big factories," Mattiet told the outlet, adding that there are 40 deaths per year there, versus just 10 births. "Our school each year faces the risk of shutting down due to few pupils. I can't allow this to happen."

"We're looking to draw mostly young people and professionals who work remotely or are willing to start an activity here," he continued. "There are dozens of closed shops, bars, restaurants and boutiques just waiting for new people to run them."

Originally Mattiet was just extending his financial offer to Italians or foreigners already living in Italy, CNN Travel reported. But now, he's opened it up to all outsiders.

The area isn't just beautiful, with it's flower fields, chestnut forests, and snowy peaked mountains (not to mention the slew of outdoor activities like swimming, rock climbing, ice-skating, and fishing, offered across its Gran Paradiso mountain reserve). It's also wealthy too, CNN Travel reports — due to clean hydroelectric energy it hawks to Italy's state.

Mattiet's financial offer to get a fresh generation of residents into Italy comes after Giuseppe Cacioppo, the deputy mayor and tourist councilor of the town of Sambuca, Italy — located on the southern island of Sicily — announced they would be selling homes for just €1, which is about $1.14.

Like Locana, Sambuca has seen a dip in population as more people move to urban centers. So Cacioppo had ensured anyone who wants to purchase a home won't have to jump through hoops to do so.

The hilltop town, which offers postcard-worthy views of the Mediterranean, currently has dozens of homes on the market for less than the price of a pack of gum.

"As opposed to other towns that have merely done this for propaganda, this city hall owns all €1 houses on sale," Cacioppo said. "We're not intermediaries who liaise between old and new owners. You want that house, you'll get it no time."

However, there is also a catch here: Many of the homes are currently in decrepit condition, and owners must promise to renovate the property within three years for at least $17,100 (or €15,000). In order to buy the home, owners will also have to put down a$5,700 (or €5,000) security deposit that will be refunded once the home makeover is finished.

All will be worth it, in Cacioppo's eyes. "It's silent and peaceful, an idyllic retreat for a detox stay," he told CNN. 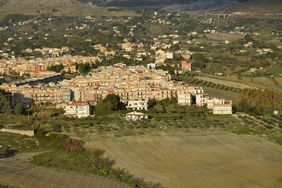 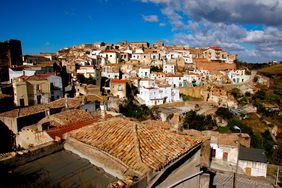 Airbnb Wants to Pay You To Move to Italy for 3 Months — Yes, Really 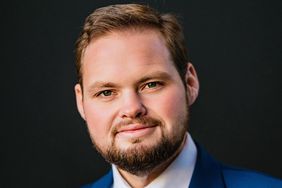 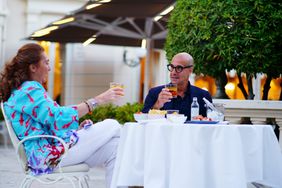 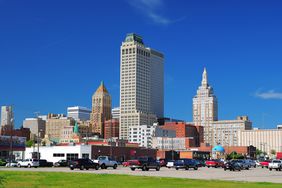