The $330 collectable set is available Sept. 1

LEGO and Disney teamed up to create a dream toy set for kids of all ages.

The two beloved brands just announced their latest collectable item: a 2,925-piece motorized model of the iconic Disney Railroad station that runs past Main Street, USA, in Disney World and Disneyland. The $330 toy set doesn’t go on sale until Sept. 1, but social media users are already in a frenzy.

“All aboard! Take a magical journey with the new LEGO Disney Train and Station set, inspired by the iconic trains in Disney theme parks. @Disneyland @WaltDisneyWorld @DisneySprings,” LEGO announced on Instagram Tuesday.

“Oh come on guys I’m going broke over here,” one user joked in the comment section. While another wrote, “Now this is the kind of stuff we want to see! The highly detailed sets and figures!!”

Also joining the party are Mickey Mouse, Minnie Mouse, Chip, Dale and Goofy — the set features miniature figures of all five classic characters, along with 16 curved and 4 straight pieces of track, a locomotive, a tender, a passenger car, a parlor car and the famous station building.

Deal Alert! Melissa & Doug Toys Are up to 50 Percent off on Amazon for Today Only

The impressive Disney Train model measures over 4 inches high, 30 inches long and 3 inches wide, according to LEGO. The toy set also features several magnetic pieces for easy building and an app that allows users to steer the locomotive using a smartphone or tablet.

The Disney Train collectable is one of two highly-anticipated LEGO products dropping on Sept. 1.

Earlier this month, LEGO unveiled plans for its Friends 25th Anniversary-inspired collection. The nostalgic toy set is a recreation of Central Perk, the New York City café where Chandler, Rachel, Ross, Monica, Phoebe and Joey hung out for 10 seasons.

That 1,070-piece set ($59.99) includes the squad’s favorite couch, a sofa, an armchair, table, a cookie jar with two cookies and a menu board. It will feature seven LEGO mini figures of the six main characters and Central Perk’s barista, Gunther. 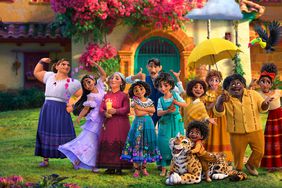 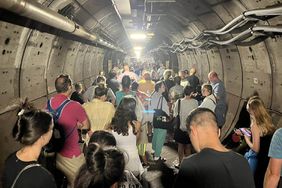 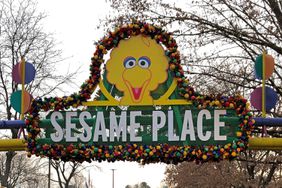 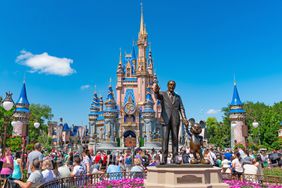