Inside Joe Jonas and Sophie Turner's $10,000-Per-Night Honeymoon Hotel in the Maldives

After celebrating their marriage — for the second time — in France, Joe Jonas and Sophie Turner have jetted off to one of the world’s most exclusive and remote luxury resorts.

The Jonas Brothers singer, 29, and the Game of Thrones star, 23, tagged their location on Instagram as Soneva Fushi, a spectacular property in the Maldives that bills itself as a “desert island hideaway” with one-bedroom villas starting at $1,272 per night and reaching more than $36,000 per night in high season.

Joe and Sophie’s suite currently goes for $10,702.50 per night before taxes, according to Soneva’s Reservations Supervisor Siddhant John.

The Maldives are a remote group of tropical islands in the Indian Ocean about 500 miles southwest of Sri Lanka, known for their coral reefs, luxe resorts and celebrity fans.

Traveling to the islands requires an extensive journey involving at least two flights from Europe as well as either a sea plane, speed boat or ferry trip to reach its highly desirable resorts.

Soneva Fushi’s breathtaking accommodations include 62 private beachfront villas that are separated by which side of the island a guest prefers.

The “Sunset” side is best for snorkeling and dolphin watching, according to Soneva’s website, but also faces another neighboring island not far off, making it less than ideal for guests seeking extra privacy. The “Sunrise” side offers more seclusion, with the next island “just a speck on the horizon.”

The over-water structure that Jonas and Turner have been sharing dispatches from is not their villa, but a hub on the island known as Out of the Blue, which holds the resort’s five restaurants and features a two-story water slide, a representative for the hotel group confirms to PEOPLE.

Jonas shared a combined aerial and selfie video of him heading down the twisty slide. “I found happiness #discoversoneva,” he captioned his post, likely referring to the Jonas Brothers’ new documentary Chasing Happiness and new album Happiness Begins.

He also posted a photo of his new wife wearing a pink bathing suit and showing off both her engagement ring and her new wedding band while lounging in one of the rope nets suspended feet above the water.

Turner, meanwhile, shared three photos of Jonas to her own Instagram — enjoying a cocktail beside the ocean at their villa, biking through the lush jungle grounds and eating some sushi —captioning the post, “Paradise such a magical place.”

The Maldives holds a special place in the pair’s hearts, as they vacationed there, on nearby Coco Privé Island, together in February 2018.

The luxurious activities offered at Soneva Fushi are endless.

For a true desert island experience, the staff will ship guests off to a sandy spit in the middle of the ocean with a private chef for a picnic and snorkeling session.

Adventurous travelers can scuba dive, swim with sting rays, free dive or surf. While those looking for something a little more low-key can visit the Six Senses Spa, which has a rotating cast of wellness specialists in residence, or do some serious star gazing at the island’s high-tech observatory.

Visitors can enjoy a different one-of-a-kind dining experience for every meal. Options include a chef-guided, menu-free meal at waterfront Once Upon a Table, or dinner in a tree-top lounge perched above the resort’s herb garden. On certain nights, a three Michelin-starred chef serves up handmade sushi on a bar polished with sake.

Each of the villas guests can book has a private stretch of white-sand beach outfitted with sun loungers, a garden and open-air bathrooms. There’s also butler service available, Bose sound systems, bicycles, a walk-in minibar, espresso machines, and a private wine fridge.

The Maldives are a favorite destination of privacy-seeking celebrities.

In 2017, the Beckham family vacationed there, staying at the One&Only Reethi Rah, where Russell Crowe, Rob Lowe and Tom Cruise have also reportedly checked in.

Prince William and Kate Middleton stayed in the islands for a week in 2014. And Elizabeth Hurley visited in November. 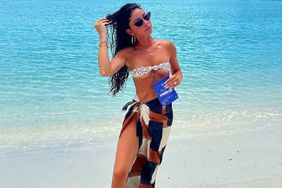 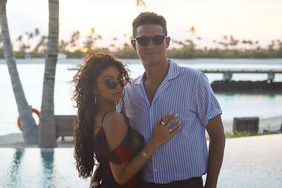