A flight attendant who was allegedly drunk on a United Airlines flight from Chicago to South Bend, Indiana, was arrested and charged with criminal public intoxication, the St. Joseph County Prosecutor’s Office in Indiana confirmed to PEOPLE.

“A few passengers reported they felt scared for their lives based upon the condition of Ms. March,” the affidavit continued.

March was arrested and booked into the St. Joseph County Jail on Aug. 2, and was released the next day on her own recognizance. Her next court date is scheduled for Aug. 29.

Criminal public intoxication is classified as a Class B misdemeanor, which carries a sentence of up to 180 days, the prosecutor’s office explained.

United Airlines did not immediately respond to PEOPLE’s request for comment, but Air Wisconsin told PEOPLE that “the flight attendant involved in this incident is no longer employed by Air Wisconsin.”

“We will continue to cooperate with local authorities and assist them as necessary,” the statement added.

According to the affidavit, “airport officers and personnel from United Airlines” boarded the plane to meet March once the flight had landed in South Bend.

“When contact was made with Ms. March on the airplane, she at first wasn’t willing to stand up and began crying,” the affidavit read. “Officers asked her where she was; she answered ‘Chicago.’ Once she did finally stand, she needed to use the airplane’s seats to maintain her balance.”

The affidavit also noted that she allegedly had “bloodshot eyes, slurred speech, the odor or alcoholic beverages on her breath, and poor balance.”

“Hey @united, our flight attendant appears to be quite drunk on this from from ORD to SBN,” Aaron Scherb, a passenger on the flight, tweeted at the time. “She is slurring her speech (she couldn’t make it through the security announcement), couldn’t walk straight/was bumping into everyone in the aisle, and kept dropping things.”

“All the passengers seem to recognize it too. This is appalling,” he added.

Scherb also alleged to ABC News that March “appeared to pass out for nearly the whole flight.” 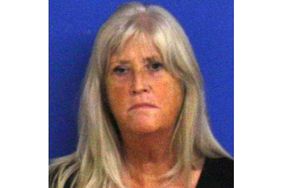