The E.U. has been closed to all visitors, including Americans, since March 16

Americans dreaming of a European getaway this summer might want to start making other plans.

Officials from the European Union (E.U.) are finalizing a list of countries that will be allowed to enter its member countries as of July 1, and according to draft lists seen by the New York Times, the U.S. will not be one of them due to its inability to contain the coronavirus (COVID-19) as well as other countries.

According to E.U. officials who spoke with the Times under the condition of anonymity, the list of acceptable visitors will include countries that the E.U. believes have handled the COVID-19 pandemic well enough that their citizens do not pose a threat.

The E.U. has been closed to all visitors, including Americans, since March 16 — with a few exceptions for repatriations and essential travel — and has extended their closure twice in an effort to minimize the spread of the virus. The collective of 27 countries — which functions on the principles of free travel and free trade between the nations — plans to reopen their borders on July 1 in order to boost tourism and business to airlines.

Both lists reportedly include China, Uganda, Cuba and Vietnam, which meet the health requirement. A decision on which list the E.U. will choose is expected early next week, prior to the July 1 reopening date. According to the Times, officials will reevaluate the lists every two weeks, and make changes based on new statistics.

The U.S. is currently the epicenter of the pandemic, with more than 2.3 million cases and upward of 120,000 deaths, according to the Times. As counties across the United States continue to reopen their economies, 26 states have seen a steep rise in new coronavirus infections — many breaking their own records for new cases each day.

"The next couple of weeks are going to be critical in our ability to address those surges we are seeing in Florida, Texas, Arizona, and other states," Dr. Anthony Fauci, the nation's top health expert, said Tuesday, addressing the House Energy and Commerce Committee, The New York Times reported.

"The virus is not going to disappear," he reportedly added.

Back in March, President Donald Trump put a ban on travel for many people from much of Europe in response to the coronavirus outbreak, which was experiencing a surge in cases at the time. For a time, Italy was the epicenter of the virus.

“To keep new cases from entering our shores, we will be suspending all travel from Europe to the United States for the next 30 days,” Trump said on March 11, noting that the new rule would go into effect on March 13.

Trump added that the restrictions would not apply to the United Kingdom, nor legal permanent residents and immediate family members of U.S. citizens. That was later amended.

The next day, the E.U. criticized Trump’s decision, saying in part: “The European Union disapproves of the fact that the U.S. decision to impose a travel ban was taken unilaterally and without consultation. … the [Trump] administration did not consult with European allies before POTUS’ announcement. And on the U.K.’s being excluded — European officials express responses ranging from curiosity to horror.”

At the time, there were 1,015 confirmed cases of coronavirus in the U.S. and 31 deaths. 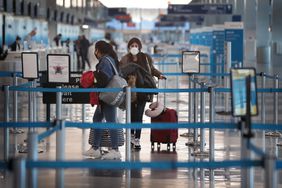 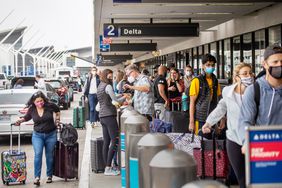 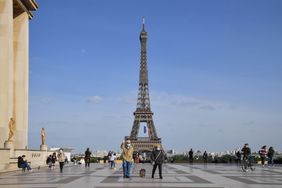 Three U.S. States Have a Higher COVID Infection Rate Than Any Country in the World 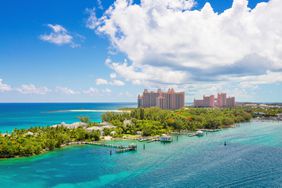 The Bahamas Officially Bans Americans from Visiting amid Coronavirus Pandemic 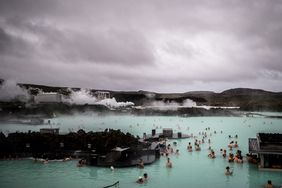 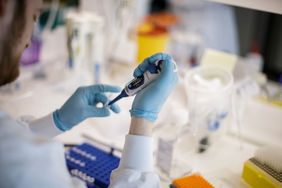 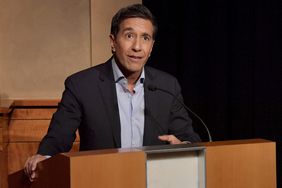 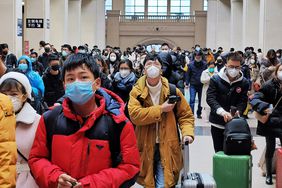 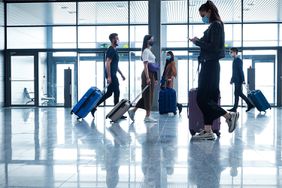 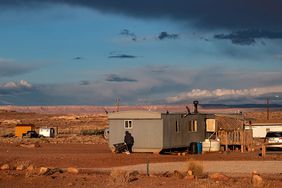 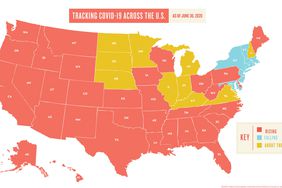