Disney has received criticism over the theme of the ride, which is currently based on the controversial 1946 film Song of the South

Splash Mountain is getting a new look — and it's more inclusive for all Disney fans!

The company announced on Thursday that they would be reimagining the fan-favorite ride at both Disneyland in California and the Magic Kingdom in Florida with a theme based on the 2009 Disney film The Princess and the Frog, which features the company’s first Black princess, Tiana.

According to a press release shared with PEOPLE, this rebranding is “a project Imagineers have been working on since last year.” The ride’s storyline will pick up “after the final kiss, and join Princess Tiana and Louis on a musical adventure – featuring some of the powerful music from the film – as they prepare for their first-ever Mardi Gras performance.”

“The retheming of Splash Mountain is of particular importance today,” the release explains. “The new concept is inclusive – one that all of our guests can connect with and be inspired by, and it speaks to the diversity of the millions of people who visit our parks each year.”

The announcement comes weeks after several petitions began garnering attention on the site Change.org urging Disney to reimagine the theme of the log-flume ride. It is currently based on the 1946 Disney film Song of the South, which has long been criticized for its problematic portrayal of the post-Civil War South and for employing racist stereotypes.

One petition, titled “Re-theme Splash Mountain to Princess and the Frog,” gained particular traction, receiving over 21,384 signatures upon closing.

The petition read in part: “Disney parks should be a home for all to enjoy regardless of race, age, whatever your background may be . . . While the ride is considered a beloved classic, its history and storyline are steeped in extremely problematic and stereotypical racist tropes from the 1946 film Song of the South. There is a huge need for diversity in the parks and this could help fill that need."

Disney has been distancing itself from the movie for quite some time, and it was left off the streaming service Disney Plus, which gives access to the company’s films, new and old.

At a shareholder meeting in March, Disney CEO Bob Iger addressed its exclusion from the platform, stating, “I’ve felt as long as I’ve been CEO that Song of the South — even with a disclaimer — was just not appropriate in today’s world. It’s just hard, given the depictions in some of those films, to bring them out today without in some form or another offending people, so we’ve decided not to do that.”

Anika Noni Rose, the Tony Award-winning actress who voices Princess Tiana, shared her own excitement about the decision, writing: “It is really exciting to know that Princess Tiana's presence in both Disneyland and Magic Kingdom will finally be fully realized! As passionate as I am about what we created, I know the fans are going to be over the moon. The Imagineers are giving us the Princess and The Frog Mardi Gras celebration we've been waiting for, and I'm here for it!”

Jenifer Lewis, the voice of Mama Odie, was equally thrilled: "Voicing Mama Odie was a joyful creative experience. Recording Mama Odie’s song, “Dig a Little Deeper,” by Randy Newman, must have taken a hundred takes, because I wanted it to be perfect. The image of Mama Odie, in the fairy godmother role, truly reflected the New Orleans Black bayou tradition of the revered wise woman. I am thrilled that The Princess and The Frog is being honored for the joy it has brought to millions of Disney fans."

While no timeline for the update has been shared just yet, the press release indicates that “conceptual design work is well underway and Imagineers will soon be able to conduct preliminary reviews and develop a timeline for when the transformation can start to take shape.”

Both U.S. Disney parks are currently still closed to the public due to the coronavirus pandemic, and have been since mid-March. As of Thursday morning, Walt Disney World in Orlando still plans to reopen beginning July 11, with The Magic Kingdom and Animal Kingdom parks opening on July 11, and Epcot and Hollywood Studios opening July 15.

Disneyland Resort and Disney California Adventure Park in California had an anticipated July 17 reopening, but the company announced on Wednesday that the reopening will be delayed.

“The State of California has now indicated that it will not issue theme park reopening guidelines until sometime after July 4," Disney said in a statement Wednesday. "Given the time required for us to bring thousands of cast members back to work and restart our business, we have no choice but to delay the reopening of our theme parks and resort hotels until we receive approval from government officials."

The statement added that a new reopening date will be announced, "once we have a clearer understanding of when guidelines will be released." 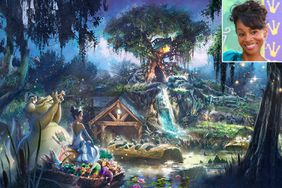 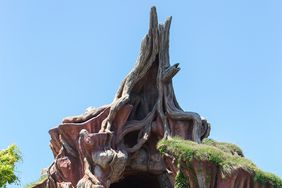 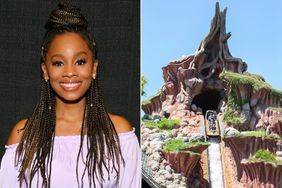 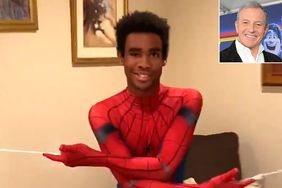 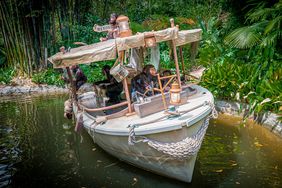 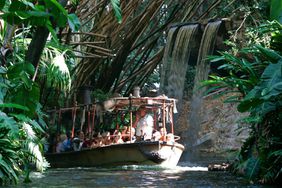 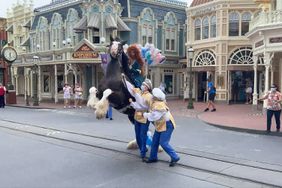