A worker died in an accident on Tuesday night at Disney World‘s Epcot theme park in Orlando, Florida, PEOPLE confirms.

According to the Orange County Sheriff’s Office, authorities were called to the 1790 Avenue of the Stars area in Epcot at 5:19 p.m. Upon arrival, the Reedy Creek Fire Department found a man who had suffered a fall. The fire department pronounced him dead on the scene.

The man, who authorities identified as George Walter Dewayne Grimes, was 58.

Authorities confirmed that there were no signs of foul play.

Walt Disney World directed requests for comment to SunBelt Rentals, which local Orlando station WKMG-TV reports was a company hired by Disney to perform backstage work. Grimes worked for SunBelt, according to WKMG.

SunBelt Rentals did not immediately respond to PEOPLE’s request for comment.

Girl, 5, Dies Suddenly After Trip to Disney: ‘I Thank God I Was There When She Passed,’ Mom Says

According to WKMG, the worker had fallen at a construction site behind the France pavilion in the World Showcase area of the park.

The France pavilion is one of many areas around the theme park that are under construction. Last month, Disney World announced that they were giving Epcot a makeover in honor of Walt Disney World Resort’s 50th anniversary in October 2021.

In 2020, they plan to open Remy’s Ratatouille Adventure ride at the France pavilion, along with a Beauty and the Beast singalong in the same area. 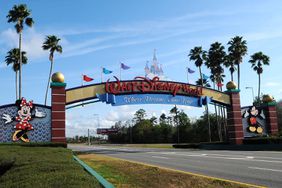 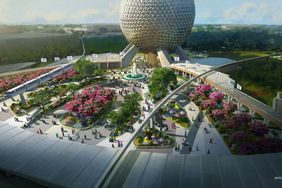 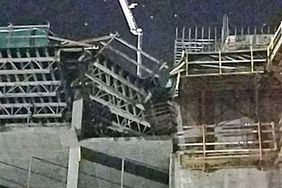