The theme park has not announced the cause behind the incident

Some Walt Disney World park-goers did not have a magical time over the weekend.

On Saturday evening, guests aboard the new Disney Skyliner gondolas were stuck in the air for up to three hours after an incident caused the transportation system to stop working.

Disney officials said in a statement to NBC News that one of the routes “experienced an unexpected downtime.”

“The Skyliner will be closed while we look into the details surrounding this downtime,” the statement said. “We are working with each guest individually regarding impacts to their visit with us.”

Park officials announced that the ride would be closed indefinitely. “As a result, the Skyliner will be closed while we look into the details surrounding the downtime,” read a statement obtained by the Orlando Sentinel.

Officials did not explain what could have caused the shutdown, however, one video shared by a guest shows a gondola with shattered plexiglass in a pileup of cable cars at the Riviera Resort Disney Skyliner Station heading towards Epcot.

A spokesperson for Disney World told people they are “diligently looking into the cause of last night’s malfunction on the Epcot line of the Disney Skyliner.”

“We have been in contact with the guests, many of whom were on the Skyliner for more than three hours until we were able to restart the system,” the statement read. “We express our sincere apologies for the inconvenience and continue to work with each guest individually”

Stranded guests were rescued by firefighters, who lifted the passengers from the gondolas to bring them back to the ground. No injuries were reported. Disney gave the stranded guests all-day park passes and a gift card, according to the Orlando Sentinel.

“We made it down and are on a bus to our resort. Thank you everyone!!!” one family shared on Instagram after documenting the entire incident in a series of posts.

They had been stuck in their gondola for three hours and said the park did not communicate any information about when they would be rescued. Another park-goer echoed their frustration when speaking to NBC.

“They didn’t really say the reason that was causing the delay. The message that just kept coming over again and again is that they were sorry for the delay,” a guest said. “We were getting better information off of Twitter.”

The Skyliner officially opened last week at the Orlando theme park as a new transportation system to take visitors from hotels to each park. The cable cars, 300 in total, fly three stories above the ground at 11 miles per hour. 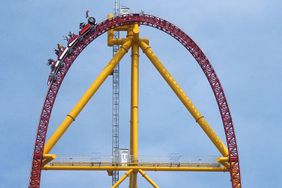 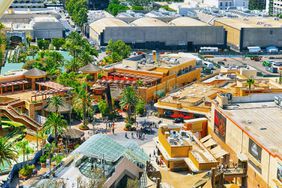 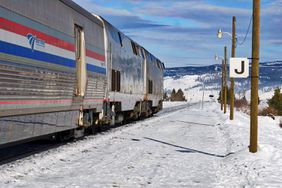 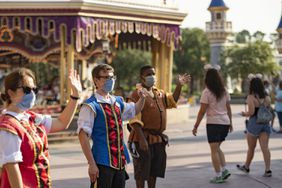