The Most Touching, Hilarious & Unforgettable Quotes from the 2018 Tony Awards

Including the unexpected honor that Tina Fey bestowed on Mean Girls

“This award is dedicated to the countless LGBTQ people who have fought and died for the right to live and love as we are created to … We are all sacred and we all belong, so let’s just bake a cake for everyone who wants a cake to be baked.”

“All of this year’s Best Musical nominees are based on films, but only one of those films has paid for my boat.”

— Tina Fey, introducing a performance from her musical Mean Girls

“When I moved to New York, I was told to change my last name from Mendez to Matthews, or I wouldn’t work. I’m so proud to be part of a community that celebrates diversity and individuality … Be your true self and the world will take note.”

— Lindsay Mendez, accepting the Tony for Best Featured Actress in a Musical for Rodgers & Hammerstein’s Carousel

“About eight years ago, I decided that I need to shake things up, I needed to scare myself again and challenge myself again, because I felt I had more to offer as an actor. This performance has been the culmination of a lot of that work, and this award is a lovely vote of confidence that I've been on the right path.”

— Nathan Lane, accepting the Tony for Best Featured Actor in a Play for Angels in America

“I’m back with a normal hat this time, that’s a twist!”

— Robert De Niro, heading back on-script to introduce a performance from Bruce Springsteen

“May we, their descendants, never lose sight of what they taught us.”

— Tony Shalhoub, paying tribute to his father, an immigrant from Lebanon, while accepting the Tony for Best Leading Actor in a Musical for The Band’s Visit 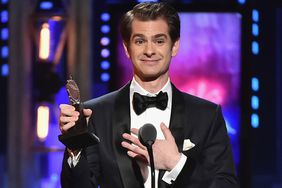 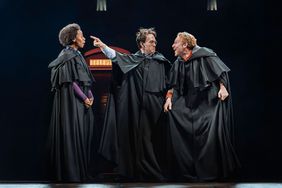 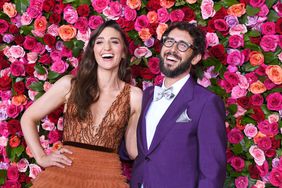