To say that The Band’s Visit has changed Ari’el Stachel’s life would be an understatement.

The actor, 26, is making his Broadway debut in David Yazbek’s acclaimed musical adaptation of the 2007 film, about an Egyptian Police band stranded overnight when they’re mistakenly sent to a remote village in the middle of the Israeli desert.

The show has not only scored 11 nominations for the 2018 Tony Awards — including one for Stachel’s featured actor performance — but it also marks the first time the Israeli-American actor is playing a Middle Eastern character in his career.

“It has been a completely transformative experience,” Stachel tells PEOPLE of playing Haled, the ladies’ man of the titular band. “As an actor of Middle Eastern descent, opportunities like this don’t come very often. Generally speaking, it’s either a one-dimensional terrorist kind of role or there’s the union-encouraged ‘all ethnicities’ call, for which you really don’t feel competitive. So what it’s meant to play this Middle Eastern, three-dimensional, non-terrorist character from a cultural standpoint? Seismic.”

Stachel was just 10 years old during the tragic events of Sept. 11, 2001, which forever changed his sense of self in the world.

At the time, Stachel desperately wished he could change his appearance. “I would spend hours in front of a mirror, sort of adjusting the shape of my nose hoping I would not look like a Yemeni person,” he adds. “Hours. Literally hours. Hoping and wondering, ‘Maybe from this angle, I won’t look Middle Eastern. Maybe from this angle, I can trick people into thinking I’m someone else. And that lasted for 10 years. I really hated being who I was.”

Growing up, Stachel was constantly searching for role models who were also Middle Eastern American. “You feel very limited by the things you can do,” he explains. “With that identity, there’s no one I could look up to. And because I really didn’t have people who culturally I aligned with, I sort of identified with what was happening in mainstream culture — specifically with hip-hop.”

In high school, Stachel became enamored with [In the Heights stars] Lin Manuel-Miranda and Christopher Jackson and remembers “feeling that I identified with them,” he adds. “Though sort of inside, I knew that by fully identifying with them I was erasing a portion of myself.”

By the time he enrolled at New York University, where he studied acting, Stachel had tried to distance himself from his ethnicity.

“I was pretending really that I wasn’t Middle Eastern,” he says, adding that he shed his father’s Yemeni last name in favor of his mother’s last name. “There just wasn’t a market for actors like me.”

After graduating, Stachel scored smaller roles in projects portraying “a multitude of other races,” he says, jokingly. “That’s where I really gained my acting chops.”

When he auditioned for The Band’s Visit, Stachel knew he had to win the part. “When I saw the breakdown for this role, something spoke inside me,” he recalls. “I felt so much pressure to play [him], I kept coming back again and again. I had seven auditions, because I couldn’t relax in the room. It took me that long.”

The actor is also grateful the role has helped other Middle Eastern Americans feel like they’re represented. “There wasn’t positive representations of us when I was a kid,” he says. “There wasn’t Broadway musicals that looked to a young Middle Eastern guy and said, ‘I can be that.’ There just wasn’t that thing. I cannot imagine what The Band’s Visit would have done to a kid like me. You have this entire demographic of young people right now who are seeing a possibility for their lives that otherwise was not possible before. And that’s really, really really cool.”

Many who have been inspired by the play have shared their stories with Stachel. “I remember this young Palestinian girl ran into my arms at the stage door, thanking me,” he says. “I’m getting messages on social media from Arab and Israeli kids — they literally cannot believe that they’re hearing Arabic or Hebrew on stage. It’s transformative for them. We’re living in a time where we need these peaceful bridges more than ever. The fact that this show is having this social and political impact to counteract what we’re seeing happen in this world makes me feel really right.”

For Stachel, the role has grounded him. “With this Tony nomination, you can get caught up in the minutiae of it all. But for kids to come and see themselves represented on stage for the first time? And I know what that would have meant to me? We’ve won. This is a victory. Or, it’s the beginning of a victory. My goal is to continue to fight for that representation. How can kids see themselves in other mediums? I think there’s a lot more to do.” 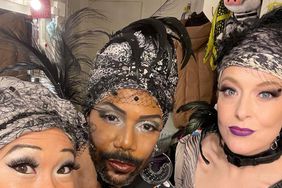 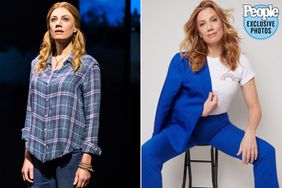 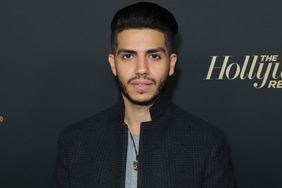 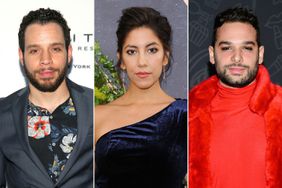