"It's such a blessing. I can't even tell you," Nick Cordero's wife, Amanda Kloots, shared on Instagram of his latest health development

Nick Cordero's wife Amanda Kloots is sharing some news of his recovery from coronavirus that's a "huge deal": Cordero, 41, is "starting to follow commands."

Talking about the update on her Instagram Stories on Monday, Kloots added of her husband who was placed in a medically induced coma in late March, "He is very, very, very weak still so it is very slow progress when they ask him to do things, but that you can see he is trying, which is awesome. So it's obviously like registering and he is trying to do the things they ask him to do."

"I mean it's such a blessing," she added. "I can't even tell you. We did a big cheer because ... we've been waiting for at least this little momentum."

Kloots said that while she feels this news is exciting, she is still "concerned about a couple of things," adding, "He still has a lot of infection in his lungs that they are clearing out every single day."

"It is a lot that is still in his lungs and due to the damage of his lungs from COVID," she said. "They are just getting in there every day and sweeping these lungs, cleaning the infection out so that he stays clear, which is great."

Kloots continued, talking about the next "big goals" for Cordero, including moving him off of dialysis and off of the ventilators that "help him with his trach [tube]."

However, Kloots said that learning about Cordero's latest health development is "just like the best news ever."

Kloots' update on Cordero comes just one day after she celebrated her first Mother’s Day with their son, Elvis Eduardo.

“I just did a little FaceTime with Nick,” the fitness instructor said on her Instagram Stories on Sunday.

Explaining why the development was such a positive step, Kloots shared that this could be “a start to possible following commands, which would be huge.”

"I got really excited about it because it seemed to show that he could hear me and follow a command," she added, before noting that it's still "very, very early."

Over the weekend, Kloots also opened up about one of the most beautiful moments the pair took together. While on their honeymoon, the pair attempted to go shark diving in South Africa, but there was one small problem: there were no sharks.

After an uneventful day of sightseeing — which resulted in a “laughing fit” over the absurdity of the situation — the pair went to a restaurant located on a beautiful vineyard and had the “most incredible lunch.” When the meal was done, the pair went to sit outside, and Kloots ended up falling asleep in her husband’s arms.

“When I woke up and I looked at him, he had tears falling down his eyes, he was crying so hard. I was like, ‘Honey what’s the matter?’ ” she said.

“Amanda, I will remember this moment for the rest of my life,” she recalled him answering. “I’m just thinking about how lucky I am and how grateful I am and how blessed we are and I’ll never ever forget this day.”

Just two days before her Mother's Day post, Kloots shared an emotional post detailing the many setbacks the Broadway star has faced amid his battle with the coronavirus — including "an infection that caused his heart to stop," the fact he "needed resuscitation" and "two mini strokes."

Kloots added that Cordero "went on ECMO, needed surgery to removal an ECMO cannula that was restricting blood flow to his leg, a faciatomy to relieve pressure on the leg, an amputation of his right leg, an MRI to further investigate brain damage, several bronchial sweeps to clear out his lungs, a septis infection causing septic shock, a fungus in his lungs, holes in his lungs, a tracheostomy, blood clots, low blood count and platelet levels, and a temporary pacemaker to assist his heart."

Cordero — who starred in Rock of Ages and Waitress, and was nominated for a Tony for his role in Bullets Over Broadway — was admitted to Los Angeles' Cedars-Sinai Medical Center in late March.

Although his recovery process has been rocky, last week Kloots shared that doctors told her that her husband started showing “early signs” of waking up.

“Nick is showing very, very, very early, early, early stages of tracking, which means he started to wake up,” she said. “Mother's Day is Sunday, maybe he'll wake up for me and for his mom — what a gift — but honestly, such wonderful news to hear.”

“It's showing signs that there's some hope,” she added.

In support of her husband, Kloots has been asking fans and loved ones to sing and dance to Cordero's song "Live Your Life" on social media using the hashtag #WakeUpNick. A GoFundMe page was also created by their friends to raise funds for Cordero's medical bills. 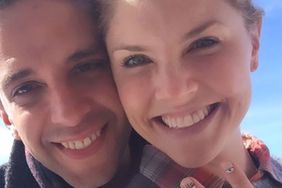 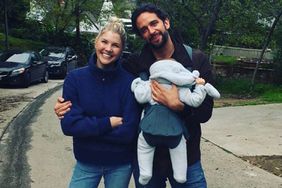 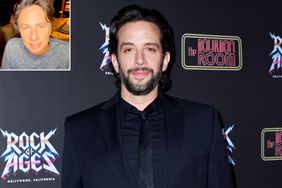