'Mean Girls' Musical Releases a Hilarious Promo for Broadway Run: 'How Can You Talk 'and' Sing at the Same Time?'

Mean Girls is back — and they're the Plastics are singing this time!

Mean Girls is back — and the Plastics are singing this time!

The highly anticipated musical, based on the 2004 movie about high school girls, hits Broadway next spring at the August Wilson Theater with previews on March 12 and an opening night on April 8. The show’s official Facebook page just released a hilarious promo with the three starring actresses.

Featuring Taylor Louderman as Regina George, Ashley Park as Gretchen Weiners and Kate Rockwell as Karen Smith, the promo gives audiences a slight glimpse into what they can expect from the show.

“We wanna invite you to see Mean Girls,” Gretchen says as Karen adds that it’s “a musical — people talk and sing and move their bodies all at the same time.”

And while Regina tells Karen that everyone knows what a musical is, Gretchen is still having a hard time with the concept. “How can you talk and sing at the same time?” she asks.

The musical, written by Mean Girls writer Tina Fey with music by her husband Jeff Richmond, will have a run at the National Theater in Washington D.C. from Oct. 31 to Dec. 3 before heading to New York. 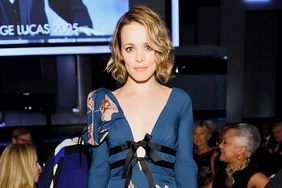 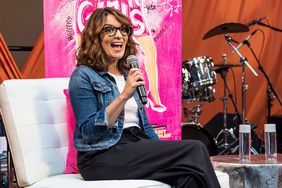