'Hamilton' , 'Wicked' and 'The Lion King'  Will Reopen on Broadway September 14

The curtains are coming back up on Broadway!

Hamilton, Wicked and The Lion King will be the first shows to make their grand reopenings when Broadway restarts on Sept. 14 after over a year of being shut down amid the ongoing COVID-19 pandemic.

On Tuesday, stars from the three Broadway shows stopped by Good Morning America, where they revealed that they will be returning to their theater homes — the Richard Rodgers Theatre, the Gershwin Theatre, and the Minskoff Theatre, respectively — in the fall.

During the appearance, Taylor compared his Lion King role to getting to see the Broadway community come back together after so much time away.

"It's indescribable. I mean, that moment already, in 'Circle of Life,' is just an iconic moment ... But from Rafiki's opening call, it's really a call for the community to come together and I feel like that's what this is symbolic of," he said. "Broadway coming back is really a community coming back and making New York really start to go."

Meanwhile, Billings spoke about how "grateful" she is to head back to the Broadway stage and what she hopes the return will mean for industry members, and audience members, alike.

"I'm saying to myself, 'I'm so blessed.' I'm so grateful and I'm so honored to be a part of telling this story, that for me, just as a mixed-race, trans woman on Broadway, that I only hope is what we can do is open a portal for dialogue, for change — not only for Broadway, but for the people that come to see us," she said. "So I'm just sitting in my gratefulness and very happy."

Last week, New York Gov. Andrew Cuomo announced on Twitter that Broadway would reopen on Sept. 14 with tickets for productions going on sale on Thursday on Broadway.org with 100% capacity in theaters once they reopen.

"NEW: Broadway shows will be ready to open September 14 at 100% capacity. Tickets go on sale starting tomorrow," Cuomo tweeted. "Broadway is [a] major part of our state's identity and economy, and we are thrilled that the curtains will rise again."

It's been over a year since Cuomo announced Broadway productions would stop last March, with the shutdown extended until May 2021 back in October. 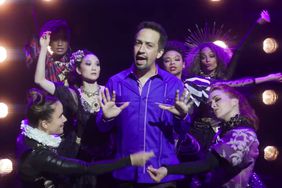 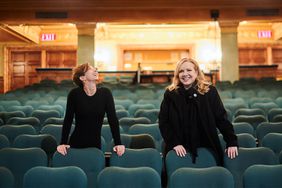 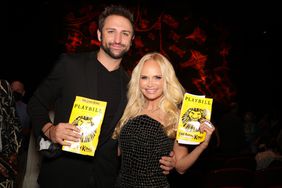