Just as Tesla recently announced a new factory in Texas, software giant Oracle is ditching California for the Lone Star State — only unlike Tesla CEO Elon Musk, Oracle's cofounder will not be joining in the move.

Oracle announced last week that its corporate headquarters would move from Redwood City, California to Austin, Texas, just days after Musk confirmed that he had recently moved to Texas as well.

"We believe these moves best position Oracle for growth and provide our personnel with more flexibility about where and how they work," an Oracle spokesperson told CNBC.

The company added that employees would be able to choose whether they wanted to make the move, and that they also had the option to continue working remotely.

Among those who opted not to go to Texas was cofounder and former CEO Larry Ellison, 76, who said he'd instead moved to Hawaii, where he purchased an island of his very own eight years ago.

"Following Friday's announcement ... I've received a number of inquiries about whether or not I will be moving to Texas," Ellison wrote in an internal email, according to Vox's Recode. "The answer is no. I've moved to the state of Hawaii and I'll be using the power of Zoom to work from the island of Lanai."

Ellison, for whom a representative did not immediately respond to PEOPLE's request for comment, reportedly signed off the email with "Mahalo," which is Hawaiian for thank you.

The 11th-richest person in the world, according to the Bloomberg Billionaires Index, Ellison stepped down as CEO of Oracle in 2014 after nearly 40 years, but is still the company's chairman and chief technology officer. He also still owns about 35.4 percent of it, according to Forbes.

A recent Fortune article said Lanai is "almost entirely reliant on Ellison," and that he owns two resorts, a wellness retreat, the main grocery store, much of the housing stock and a hydroponic farming venture called Sensei Farms.

The two Four Seasons resorts that he owns reportedly employ about a quarter of Lanai's 3,000 residents. Many of them were laid off or furloughed in August, Fortune reported. Though the resorts reportedly reopened to tourists last month, the island was hit with a wave of coronavirus infections around the same time, though there have been no new cases since Nov. 5, according to Fortune.

Oracle's recent decision to leave California for Texas is part of an apparent trend that has seen other major tech companies, including HP, make the same move.

Both Tesla and SpaceX – Musk is CEO of both – have operations in Texas; a new Tesla factory outside of Austin is scheduled to open next year, while SpaceX has a launch site in Cameron County. The Wall Street Journal reported that Musk also filed paperwork in late October to move his personal foundation from California to Austin.

Meanwhile, Hewlett Packard Enterprise announced earlier this month that its headquarters would move from San Jose to Texas, according to CNN Business, which reported that as of November, 39 companies relocated to Austin in 2020 alone.

The outlet reported that other companies that are currently headquartered in or are moving to Texas include Advanced Micro Devices, Dell, 8VC, Juul, FileTrail, DZS Inc. and QuestionPro.

Musk opted to keep Tesla and SpaceX headquarters in California for now, but notably threatened in May to move them to Nevada or Texas after local authorities' coronavirus lockdown orders shut down his factory in the spring.

Texas Gov. Greg Abbott, meanwhile, said in a statement that he believes the state's "friendly business climate" and "low taxes" are what draws companies in.

"While some states are driving away businesses with high taxes and heavy-handed regulations, we continue to see a tidal wave of companies like Oracle moving to Texas thanks to our friendly business climate, low taxes, and the best workforce in the nation," he said. "Most important of all, these companies are looking for a home where they have the freedom to grow their business and better serve their employees and customers, and when it comes to economic prosperity, there is no place like the Lone Star State." 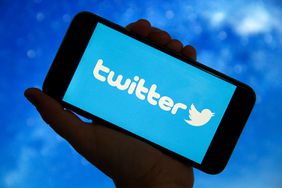 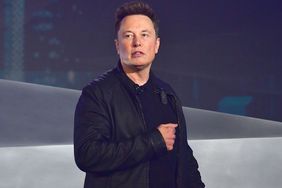 Elon Musk Wants to Rename Texas Town to 'Starbase,' But Judge Says He's Getting Ahead of Himself

Elon Musk Sells His Last 4 California Homes for $62 Million, Months After Saying He'd 'Own No House'