When it comes to tour merchandise, it appears all roads lead to Yeezus

It appears we’ve entered a golden age of tour merch. No longer are concert tees worn strictly by superfans within the venue; they’ve become status symbols coveted even by people who didn’t attend. (Admit it: You wanted a Boycott Beyoncé shirt.)

And many of the most recent ones seem to have one very distinct element in common — they look a whole lot like those vintage rock show tees your dad has stashed away in the back of his closet. Zayn Malik‘s latest contribution is no exception to this rule.

On Tuesday, Zayn launched his new 23-piece collection that (for now) will be exclusively available on his website as part of the release of his new album Mind of Mine. The singer talked to Vogue about the designs, saying, “Everything was created with the idea that this is something I would want to wear. I wanted to approach this as an opportunity to extend my ideas as an artist, and to give fans another facet of who I am.”

There’s a diversity of styles available within the collection, most of which feature brooding images of the former One Directioner and his name written in Urdu, but there’s one tee that really stands out from the rest. It turns out, Zayn teamed up with Iron Maiden cover artist illustrator Mark Wilkinson to create an original piece of post-apocalyptic art … starring himself.

And it isn’t difficult to imagine where the pop star may have gotten his retro inspiration from. After all, the only thing his girlfriend Gigi Hadid loves more than a top emblazoned with her own name is a vintage tee from a band her parents listened to. In fact, Hadid and her supermodel bestie Kendall Jenner have been making a serious case for the revival of the ’80s concert tee on a regular basis, so they should be pleased they’ll be able to support their friend without changing their personal style M.O. a single iota.

And as the Kardashian ladies prove on an almost daily basis, their family is pretty much the best walking billboard a musician could ask for. Just this week, Kylie was spotted wearing her on-again, off-again beau Tyga’s $550 tiger sweatshirt made in collaboration with Marcelo Burlon, while Kim has been on a non-stop Life of Pablo parade since the moment the album dropped. And considering how fast Kylie’s Lip Kits and Kim’s Kimojis sell, we imagine the sales of their significant others’ merch spikes whenever they tout it.

Zayn’s new pieces also bears a striking resemblance to yet another piece of recent pop star merch, Justin Bieber‘s sold-out-everywhere Purpose tour pieces. Although, to be fair, the pop star owes an enormous debt of gratitude to Vetements, Thrasher, and Metallica for the, shall we say, inspiration for his designs.

Which is all leading to say, every touring musician out there today should praise Yeezus for making tour merch a thing that anyone even cares about. Back in 2013, Kanye West kicked off the concert merchandise insanity, collaborating with contemporary artist Wes Lang, known for his vintage hand-drawn tattoo aesthetic.
Although you can now find the tees littered all over eBay, at the time they were instant best-sellers, serving as a prelude to the pandemonium we know and love today surrounding everything the rapper touches.

But while it appears as though all roads lead to Yeezy, really, who are we kidding, even West would be the first to admit there are no new ideas. Whether it’s Metallica’s heavy metal iconography or an imitation Tweeky Dave denim jacket, it’s all recycled goods anyway. So you might as well go ahead, max out your credit card on merch, and enjoy it.

Which tour merch is your favorite? Will you buy one of Zayn’s tees? 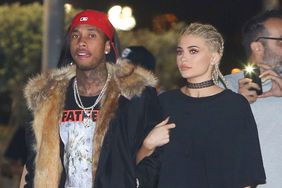 The KarJenner Guide to Dressing for a Kanye West Concert 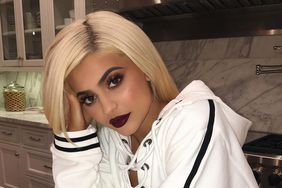 Kylie Jenner's Merch Store is Coming: Here's What We Know So Far