Before Winona Ryder was a Golden Globe-winning actress, she suffered through the perils of middle school, dealing with insecurity and harassment. The 46-year-old actress, who is experiencing a resurgence in her career thanks to her acclaimed role on Stranger Things, recounted her traumatizing experience getting bullied in junior high in a recently resurfaced story from her biography.

Ryder explained how she sported a boy-ish short haircut and dressed in menswear in her pre-teen and teen years, which resulted in her getting horribly harassed at school.

On the third day of seventh grade at Ryder’s school, Kenilworth Junior High in Petaluma, California, the actress’ shared how the torment began.

“I was wearing an old Salvation Army shop boy’s suit,” the actress said in Nigel Goodall’s book, Winona Ryder: The Biography, which was resurfaced by Twitter user @bleuvalentine and is now going viral on the Internet. “As I went to the bathroom I heard people saying, ‘’Hey, f—-t [a homophobic slur].’ They slammed my head into a locker. I fell to the ground and they started to kick the s–t out of me. I had to have stitches.”

The worst part? Her perpetrator wasn’t even the one who ended up getting punished for what happened. “The school kicked me out, not the bullies,” Ryder said.

Things got even worse once Ryder was 17 and starred as the lead character Lydia in Beetlejuice. “I remember thinking, ‘Ooh, [“Beetlejuice”] is like the number-one movie. This is going to make things great at school,’” she told Marie Claire UK. “But it made things worse. They called me a witch.”

RELATED PHOTOS: The Best Stocking Stuffer for Every Zodiac Sign (All Under $45!)

But eventually, years later, Ryder got her revenge on one of the girls who tortured her growing up when the actress ran into her at a coffee shop and totally shut her down.

“Years later, I went to a coffee shop and I ran into one of the girls who’d kicked me, and she said, ‘Winona, Winona, can I have your autograph?’” Ryder said in the biography. “And I said, ‘Do you remember me? Remember in seventh grade you beat up that kid?’ And she said, ‘Kind of.’ And I said, ‘That was me. Go f— yourself.’”

What do you think about Winona’s story? Sound off in the comments below. 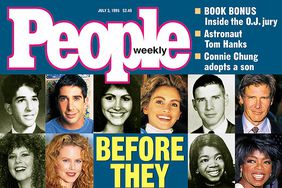 Taken in the Night 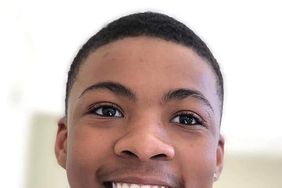 Alabama Ninth-Grader Dies by Suicide After He Was Bullied for Being Gay: 'He Was Full of Light'

A School to Feel Safe

Pushed to the Limit

The Web: the Bully's New Playground

10 Confessions That Prove Even Models Can Be Unlucky in Love