From lips to eyes, changing makeup styles is all in a day's work for stars. Vote on their best looks

A touch of eyeliner and soft pink lips made the ultimate California girl at an L.A. Madewell event. But a week later, she went big-city glam with a red-hot pout and heavy black top liner in N.Y.C.

shows off berry-stained lips coordinated with her purple jacket one night, but balances her black and silver dress with neutral lips and smoky eyes another.

The High School Musical 3 knows how to change up her beauty look, while staying true to her signature style, by adding an edgy pop of color with scarlet lipstick.

Same night, totally different look! The singer started her evening at the MTV Europe Music Awards in Berlin with understated eyes and a hot pink pout, but turned the look upside-down by going heavy with the shadow and lightening her lips.

Star Trek’s sexy leading lady makes her eyes the focus with perfectly smoked out shadow and bare lips, but switches to bold red balanced with shimmering shadow and black liner later in the week.

usually prefers a subtle makeup palette, but to perform at American Eagle Outfitters in N.Y.C., the aspiring singer didn t hold back, dusting her lower lids and brow bones with purple shimmer shadow, gilding her upper lids and completing the look with can’t-miss-it matte red lipstick.

While spending time in Miami, the highlighted her sun-kissed glow with sparkling silver shadow, but for her return to L.A., Lopez brings back her dark side with heavy-lined eyes and shimmering coal shadow.

She usually prefers high drama with dark shadow and thick top liner, but for this week’s Avon Foundation Benefit showed off her emerald eyes with barely-there shadow and a touch of mascara.

She was all lips at the premiere of An Education with a red-hot matte pout and bare eyes, but days later the actress switched it up with smoky eyes and pink dewy lips for the movie’s Cinema Society screening.

The Oscar-winning actress matches her eyeshadow to her glam gowns – first picking teal to match her Vionnet at the Amelia premiere in N.Y.C. and then gold to coordinate with the trim on her Monique Lhuillier gown for the Hollywood Film Awards in L.A.

A bright red pout played up old-Hollwood glamour at the VMAs. But days later, she went for modern appeal at a Fashion Week show with softer, nude lips.

not the only young star rocking the red lip trend. left behind her usual natural pout in favor of crimson lipstick for a film screening.

Juno’s star trades her laid-back beauty for sexy fuchsia lips and dark eyes at the premiere of her newest film, Whip It.

The Mad Men bombshell shifts from dark red lips at a film party in L.A. to just a touch of gloss for the Emmys. Best Look

usually keeps her makeup clean, but at a photo call for The Wolfman, the altar-bound lined her eyes with black kohl.

Mad Men’s sultry star changes up her always-glamorous look by drawing attention to her ruby lips and flushed cheeks at the Golden Globe Awards. But at the SAG Awards, she played up her eyes with black liner and copper shadow.

The A Single Man actress is fresh-faced at the AFI Awards in Beverly Hills before finishing the night at a Golden Globes cocktail party in L.A. with smoked-out shadow and dewy red lips.

Dragon-red lipstick might be one of the French Oscar-winner’s signature looks, but at the SAG Awards she left her pout nude and played up her eyes with teal shadow instead.

The Sherlock Holmes kept the attention on her eyes at the film’s New York premiere with dark, smoky shadow and nude gloss. But for the film’s Berlin debut, she instead played up her lips with red lipstick and added just a sweep of top liner on her lids.

looked soft and sweet in L.A., using a neutral makeup palette. But when The City star hit Las Vegas, she was all about the glamour with bright red lips and thick top liner.

Whether she’s going natural or rocking a bright red pout, always amps up the glamour on the red carpet.

She keeps her lips glossy from one red carpet event to the next, but the Gossip Girl star tries pale pink one night before shifting to deep red two evenings later.

Gossip Girl’s sexy splits her attention between lips and eyes, going with dramatically winged shadow and pale lips one night and a deep red mouth another.

The traded her typical fresh-faced beauty for classic blues at an amfAR benefit in Dubai with cerulean shadow.

Changing up her makeup as often as her fashions, the tries a hot pink pout, only to go for nude lips and deep, smoked-out shadow days later.

After layering on the shadow and liner at an event in Tokyo, was back to a natural look for a meet and greet in N.Y.C.

Whether she adds just a touch of makeup, or goes all-out glam with lots of boldly winged shadow, the actress is always elegant.

The Young Victoria plays up her pout at the film’s L.A. premiere with scarlet lipstick but goes for nude lipstick and bold eyes for its N.Y.C. debut.

Looks like the actress has a vice for beauty, shifting seamlessly from a red pout to perfectly nude lips. 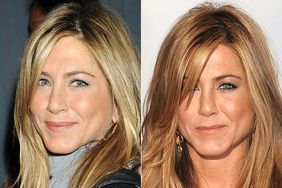 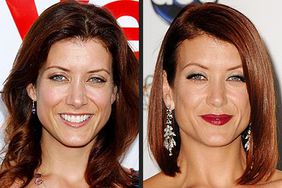 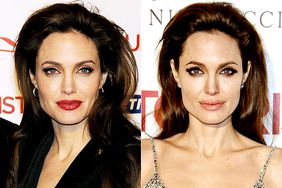 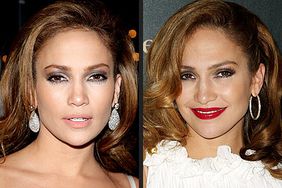 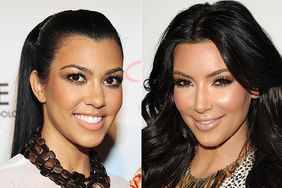 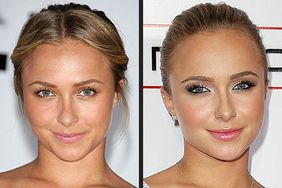 Proof That Fall's Wine Lip Trend Can Work For You - Promise! 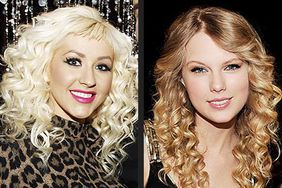 Who Got It Right? 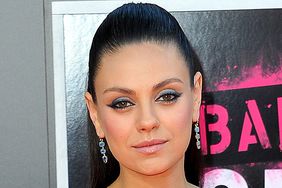 Mila Kunis' 'Blue Sunset' Graphic Eye Will Be Your New Summer Makeup Move - Here's How to Get It!