The mom of six trades her tousled Golden Globes tresses for a prim bouffant updo at the Berlin premiere of The Curious Case of Benjamin Button.

The fashionista adds waves and a center part to her bob at the Berlin premiere of Valkyrie, but tries a wide side part and smooth ’20s silhouette at the film’s London debut the next night.

She might usually rock some of the longest locks in Hollywood, but for an inaugural event in D.C., the actress pulls her hair back into a conservative, slick ponytail.

For months the singer was all about the high-volume pompadour – until stepping out with a bowl cut at an inaugural event in Washington.

The actress adds a little edge to her typically polished updo, piling her auburn hair high and messy at the Parisian premiere of Doubt.

The singer forgoes her signature bold ringlets for a night, shaking things up with super-straight locks at a pre-inaugural ball in Washington, D.C.

Kissing the soft waves she wore at the Critics’ Choice Awards goodbye, the singer warms up to a new blunt-banged bob at the NRJ Music Awards in France.

The newly-blonde actress shows off a sleek style for the Television Critics Association Press tour – but a few days later, it’s all about sexy volume as she channels Marilyn Monroe on the Golden Globes red carpet.

The reality star goes undercover on a pre-Grammy red carpet, hiding her eyes with extra-long fringe. But she pulls it all back and makes her face the focus at an afterparty the next night.

The blonde bombshell shows off her dark side, debuting a new dark chocolate brown hue at the L.A. premiere of He’s Just Not That Into You.

Channeling Audrey Hepburn, the Oscar nominee pulls her signature long, tousled hair into a sleek updo with chic blunt bangs at the BAFTAs in London.

“I cut my hair two hours ago!” the He’s Just Not That Into You star tells PEOPLE.com of the bob she debuted at an N.Y.C. screening of the film. “I can’t say that it was a big decision. I loved it longer,” she explains. “but it was just time. I kept pulling it up in a ponytail, and I thought, let’s do something else.”

The 90210 actress adds red-carpet polish to her shoulder-length hair by going straight and full at an event in Hollywood. But it was back to her signature corkscrew curls for a celebrity football event in L.A. a few days later.

The Hills star highlights her new wispy fringe by pulling her signature long locks into a low ponytail.

Never one to get stuck in a style rut, the singer slicks back her locks at the Golden Globes – but goes for a full, sexy half-up, half-down do to spend Valentine’s Day with her husband Marc Anthony.

The actress goes for loose, tousled texture for an Art of Elysium benefit in West Hollywood, but switches to an elegant fashion-forward updo at the famed Vanity Fair Oscars party in L.A. days later.

Leave it to the supermodel to add a little edge during New York Fashion Week as she drops her signature sexy bob in favor of a slicked-back look.

She may be known for having one of the best heads of hair in Hollywood, but that didn’t stop the actress from changing up her look with blunt bangs for an N.Y.C. fashion event.

The singer is electrifying at Fashion Week, hitting the front row of BCBG Max Azria with a wavy, wind-swept coif. But for a show a couple of days later, she returns to a sleeker, smoother style.

The singer told PEOPLE.com that ditching her signature blonde waves for a sleek dark brown do was inspired by recent changes in her life. “I’m in a new place in my life and just evolving,” she said, “and I wanted a change.”

For months she’s loved her long layers, but J.Lo changes up her do with new face-framing bangs.

Cue the curls! The Dancing with the Stars dancer goes wild with tight corkscrews that are a far cry from her usual soft waves.

Continuing to evolve her short bob, America’s most famous heiress waves goodbye to her side-swept bangs and says hello to a long, blunt fringe.

The style-shifting star briefly said bye-bye-bob, adding at least a foot of lush length to her cut for the Tokyo premiere of Valkyrie.

Lightening up her look for the L.A. premiere of Sunshine Cleaning, the actress chops inches off her auburn tresses.

The actress transforms her shoulder-length do in an instant by adding extra-long extensions at a premiere in L.A.

The Marley & Me star changes up her look while promoting the film in Europe, letting her hair fall soft and layered in Paris but pulling it back into a ponytail the next day in Rome.

All about relaxed, soft waves at the Golden Globes, the Best Actress nominee pulled her hair back into a regal cascade of curls for the Oscars red carpet early in ‘09. 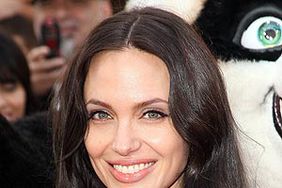