The actress lightens up the dark brown hair she’d shown off earlier in the year to a fair baby-blonde.

The actress brings on the bangs, framing her face with a new soft fringe at the Critics’ Choice Awards in L.A.

Welcoming the new year with a polished new look, the heiress swaps volume and length for a short and chic bob at a Golden Globes afterparty.

The new mom lightened up her hair from her pregnancy auburn, going back to her signature sunny hue.

The star takes inches off her long hair – courtesy of star stylist Andy LeCompte – sharpening up her bangs for an angular new bob.

The star added length to her sharp bob, showing off long blonde locks over the holidays.

The new mom lightened up her hair last week, going back to her signature sunny hue.

No one could ever accuse the Madagascar: Escape 2 Africa star of getting stuck in a style rut, rocking blunt bangs one week and bold braids the next.

Adding a little wave to her short do, the star puts a new spin on Hollywood’s retro hair trend.

Cue the curls! The actress strolls through LAX with tight ringlets that turn up the volume on the wavy look she showed off months earlier.

The bombshell trades her signature platinum hue for a caramel blonde at the premiere of her film The Spirit.

Cutting sexy new bangs into her shoulder-length hair and taking the color even lighter, the actress reveals a bold new look at the N.Y.C. premiere of her film The Reader.

Long, lash-sweeping bangs give the reality star’s long waves a chic new spin at a charity dinner in Manhattan.

The supermodel brings the bob to new level of sexy, adding a little fullness and parting it on to the side at a Victoria’s Secret event in N.Y.C.

The singer gets crimped for her performance at the World Music Awards in Monte Carlo, taking a break from her normal sleek locks.

Warming up her raven color to a deep auburn, Willis shows off a softer side on the Cracked Xmas red carpet.

Side-swept bangs lend a 1950s feel to the actress’s chestnut hair at the Madrid premiere of The Spirit.

Wood changes up the look of her ’40s-inspired coif at the Gotham Independent Film Awards with a bright new ginger hue.

The country star shows off an elegant straight updo at the CNN Heroes Tribute, then brings back her signature ringlets for the AMAs the next night.

The teen star lends sophistication to her look by chopping off inches and adding long, blunt bangs for the CNN Heroes awards ceremony in L.A.

A wispy fringe and pulled-back pony take the reality star’s look to a new level.

It’s all about the bangs as the new mom hits the Keep a Child Alive event with blunt bangs that show off a chic new side to her style.

The actress shows off long and sleek locks at a book launch in New York, and then switches to side-parted waves for an awards event the next day in L.A.

Adding inches to her brown hair and slicking it to the side, the Kath and Kim star says “So long!” to her sleek, blunt hairstyle.

The bespectacled star makes over her look, shortening up her hair into a shoulder-length do and darkening the auburn color to deep brown.

Saying farewell to her blonde locks, the star returns to a ginger hue and adds a few glam inches.

The actress tries out a new look, adding lash-sweeping bangs to her signature blonde locks. 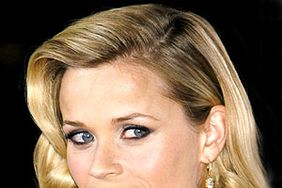