The takes a walk on the dark side, trading her Barbie-blonde locks for raven waves at the Grammys.

At a pre-Grammy party kept her face the focus by pulling back her fringe – before going exotic at the awards show itself with a bang-heavy look inspired by her recent trip to India.

“I don’t feel like a blonde right now,” told PEOPLE of trading her signature color for a deep auburn.

The singer usually favors punky spiked hairstyles, but at the Grammys she swept it all back, accenting the look with a glam diamond starburst hair pin by Neil Lane.

was all about the curls at a recent music awards show in France, but when it came time to attend the Grammys, the singer asked her hairstylist for a return to her signature pompadour.

Golden Globe wasn t the actress’s only win at the awards show: She traded the tousled long waves she wore at the Critics’ Choice Awards for romantic, tucked-under curls.

keeps her face the focus by sweeping back her hair at one event, before switching to a retro-inspired bouffant with bangs at another.

After twisting her hair into a chic side chignon at the Italian premiere of Nine, let her hair down at the Golden Globes with structured waves pulled back to one side.

After trying a wide side part and soft curls at the Critics’ Choice Awards, Bell swept her hair back into a simple updo at the Golden Globe Awards.

pulled back her hair into a chic ponytail in the weeks leading up to the new year – but when it came time to ring in 2010, she went with sexy tousled waves and a slightly off-center part.

The Runaways isn’t just a makeup chameleon. She’s equally adept at changing up her hair, taming it into a sleek back-swept style.

After going ultra-glam at the Valentine’s Day premiere, takes a more casual approach while hosting a charity event.

Scary Spice lives up to her name at the Brit Awards, showing off her fierce sense of style with a bejeweled half mohawk.

The looked elegant at a film premiere weeks ago, but she debuted a messy updo for the ELLE Style Awards.

After adapting her signature twist-front hairstyle into a pretty updo for a party in Hollywood, headed to a Florida book signing for her new novel Sweet Little Lies with her long hair loose and bangs swept back with a thin headband.

Continuing to evolve her style, traded her long brunette waves for a honey-blonde tuck-under.

New York Fashion Week is all about trying something new, and tests out two hot hairstyles, trying soft waves at one event and then switching to tousled curls at the Rebecca Taylor runway show.

The Oscar nominee recently told PEOPLE that she “really want[s] long hair” – and while that wish hasn’t come true yet, Carey did makeover her pixie do by going from brown to a dramatic new platinum color.

Shifting from angelic waves to a chic top chignon, takes her style sensibility from one end of the high-fashion spectrum to the other.

After going sleek with straight, glossy hair and a slightly off-center part at a Golden Globes party, sweeps her long bangs to the side and adds soft waves at an Hermès store opening in Manhattan.

After tousling her bob at the People’s Choice Awards, shortened up her hair into a bang-heavy, side-swept style.

From the Grammys to her sizzling signature fragrance debut, turns up the heat, swapping long, glittery locks at the awards show for sleek bangs at the launch.

The Big Love star makes a big change, cutting inches off her blonde hair into a choppy bob.

After her 20-hour makeover at the skillful hands of celebrity hairstylist Ted Gibson, the had him change up her look again, cutting off inches to create a shoulder-length style.

In true Sex and the City fashion, rocks both cascading curls and a messy updo at two events on the same day.

shortens up for spring, swapping her bob for a cute, cropped cut.

Is that you Bo Derek? Shanna transforms herself into a perfect 10 by braiding her hair into cornrows.

The debuted a new do at the Kids’ Choice Awards, adding dark lowlights and ash-blonde highlights to her formerly caramel do.

It’s a global hair switch up, as the goes wavy for an event in Madrid and super-straight in Paris.

It’s bye-bye brunette for the actress, who debuts a new light blonde look.

Apparently blondes don’t have more fun! The is back to brunette after six months with lighter locks.

Loosening up her usual lanky bob, the plaits the front of her hair while letting the sides softly cascade.

“It’s not a breakup haircut!” the newly single actress insisted to PEOPLE. Regardless, her sexy tousled bob makes her look ready to jump back in the dating pool with confidence.

The Nip/Tuck star prefers the salon to a doctor’s office to makeover her look, transforming from blonde to brunette.

Could be returning to Grey’s Anatomy with a totally new look after swapping her signature blonde for brunette?

She has some of Hollywood’s lushest locks, and at an Oscars after-party, the debuting a new look with a shorter, tousled hairstyle.

After months of fun as a platinum blonde, is taking her hair a step closer back towards her natural brunette color.

Following her split with boyfriend , the Aussie actress makes over her look, cutting off inches of length to create a sleek bob.

The style risk-taker got colorful at a fashion event in L.A., adding a lavender wash to her platinum coif. 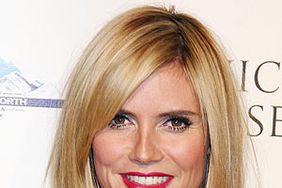