We Can't Believe 'They' Were Abercrombie Models!

"I don't really know what we were selling," Akerman told Seth Meyers in 2017, reflecting on the ads she shot with the future Mr. Grey. "We got to set, and after two … shots, the clothes came off. Needless to say we got to know each other very well. Very well."

Before he made money for taking it all off in Magic Mike, Tatum got paid (though, we’re guessing much less) for putting it all on. And by all, we mean track pants, briefs, a rugby shirt, scarf, wool coat and mascot uniform.

At age 20, Wilde added “posed braless for Abercrombie” to her résumé. Several TV and movie roles later, the star has a much longer and more impressive resume, and she’s wearing much fancier duds.

She has already thanked MTV for helping her get her start, but we think the star owes A&F a shout-out in her next acceptance speech.

This was just two years before she transformed to play Don’s wife in Mad Men. And while her character would never wear a denim jacket with the collar popped, we’d recognize that determined (and slightly angry) Betty stare anywhere.

Remember cutting up the store’s bags and papering your walls with all the hot models? We bet Lutz was in at least a few of those collages. Actually, we have a feeling he’s still in collages, though these days he’s wearing Calvins, not corduroy.

Abercrombie & Fitch may be known for its laid-back, all-American styling, but the German model brought a decidedly Euro high-fashion vibe to her shoot, wearing an LBD (not cutoffs) and posing in a Ferrari (not a tractor).

The actress was only 14 when she modeled for the brand. But apparently that’s all it took (along with a few Nickelodeon acting credits under her belt and oh yeah, one super-famous aunt) to make it big in Hollywood.

No one does brooding quite like Badgley. Perhaps it was his serious gaze in this photo that caught the eye of Gossip Girl casting directors, because just a couple years later, he had tamed that wild hair and was playing opposite S. and B. in N.Y.C.

Hmm ... we’re starting to wonder if casting directors just looked at old Abercrombie ads when filling the roles on Gossip Girl. Makes sense to us, considering the CW show boasted one of the most attractive casts on TV.

As sparkly vampire Rosalie Hale in Twilight, Nikki drives a red Mercedes convertible (and became a household name thanks to the role). But she first broke into the business with a much more modest mode of transportation, a beat-up motorcycle, which was her prop at the shoot.

From this photo to Friday Night Lights to John Carter to Savages, the actor has clearly made a career of being shirtless, flexing his muscles and having amazing, flowing hair.

Blond, buff and not afraid to wear a tank top and dangerously low-riding cargos. Clearly, that’s the kind of can-do attitude that later helped Donovan land spots on Days of Our Lives and 90210. 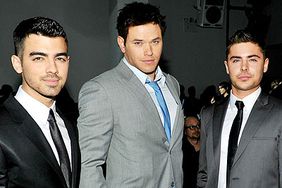 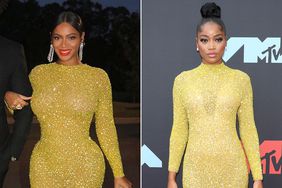 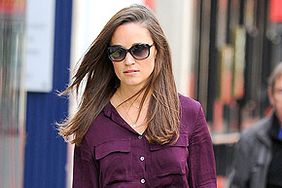 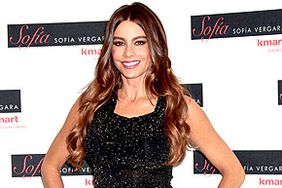