Celebrities of all kinds are mourning the death of Virgil Abloh, who died Sunday at age 41 after a two-year battle with cancer.

Abloh's family announced Sunday on Instagram that the designer had died after combatting "a rare, aggressive form of cancer" called cardiac angiosarcoma, for which he underwent "numerous challenging treatments." PEOPLE has since confirmed the Off-White and Louis Vuitton designer's death.

Designer Marc Jacobs was one of several stars to offer their condolences in wake of the news in the comment section of the Abloh family's post.

"I am so sorry to read this. My thoughts and prayers go out to his family and loved ones," wrote Jacobs, 58. "May you Rest In Peace and Power dear Virgil."

In another comment, model Helena Christensen called the news of Abloh's death "so devastating."

For more on Virgil Abloh and other top stories, listen below to our daily podcast on PEOPLE Every Day.

"I will treasure our communication, even only in writing it made me smile every time. You shone so bright the time you were here ❤️💜❤️," wrote the supermodel, 52.

Kourtney Kardashian honored the late designer on her Instagram Story, which she captioned, "you changed the world" beneath a broken heart and dove emojis.

"My heart is broken," wrote Williams, 48, on Twitter and Instagram. "Virgil you were a kind, generous, thoughtful creative genius. Your work as a human and your work as a spiritual being will live forever."

He added, "Sending love and light to your wife, children, family and day ones. You're with the Master now, shine."

Quavo, 30, offered his condolences to Abloh's family on his Instagram Story. "Rest In Peace, Virgil," he wrote. "May God bless your family."

Kravitz, 57, wrote, "Rest in Power, King," alongside an image of Abloh, adding, "you made an indelible mark on this world.

Justin Bieber's wife and model Hailey Bieber said the designer's outlook on life "inspired me deeply" in an emotional tribute to the Off-White founder.

"I will never be able to fully express how grateful I am to have known him and worked with him, from walking on his runways to having him design my wedding dress and all the other amazing moments in between, I felt he was always rooting for me," wrote Bieber, 25, alongside an image of her walking hand-in-hand with the late desginer while in her wedding gown.

"He was someone who always brought life, charisma, love and fun to any situation, and every room he walked into," she added. "A once in a generation creative mind that is so rare and I'll never forget his impact. We love you Virgil."

Designer Jerry Lorenzo also expressed gratitude toward Abloh Sunday on Instagram. "Thank you," he began, "you opened both physical and mental doors for me, that allowed me to see what was possible for my life."

"I am forever grateful," Lorenzo added. "What you did for the world, is beyond words."

Drake also paid tribute to Abloh on Instagram, writing, "My plan is to touch the sky 1000 more times for you…love you eternally brother 🕊thank you for everything."

"I'm so so saddened and devastated to hear about the passing of our dear friend Virgil Abloh. I'm sending all of my love and prayers to his beautiful family. You are an angel @virgilabloh and we love you… 💔🙏💔🙏❤️," Kris Jenner captioned a carousel of images of the designer on Instagram.

Gigi Hadid reacted to the news by sharing fond memories of Abloh on Instagram. "I am heartbroken by the loss of my dear friend, and a friend to the world, Virgil Abloh," she wrote. "He was 1 of 1."

"His kindness and energetic generosity left a lasting impression on every life he touched— he made everyone feel seen and special," Hadid, 26, continued. He will be deeply missed, cherished, and celebrated by me and all the people and industries that have been lucky enough to work around & know the true supernova behind this man."

She added, "I picture him now like our Mickey Mouse .. forever with us, forever adored, forever magical, forever guiding us with that special Virgil FUN; I'm sure that's how he wanted to be remembered, but still it will never be the same without him in the room."

"You will continue to inspire me every day, V. I feel blessed and honored by every moment. Rest Easy, my friend. You are so loved. You were the difference. As we always said.. 'See you somewhere, soon™️' Sending my deepest condolences, light, and strength to Shannon, their kids, and his whole family."

"VIRGIL ABLOH. This is a devastating loss to culture and fashion," wrote Tracee Ellis Ross on Instagram. "What an inspiration and a creative force."

John Mayer shared a heartfelt tribute on Abloh's creative contributions, writing, "When I heard the terrible news that @virgilabloh had passed, I sat in silence and thought about him for a good while. The word that kept announcing itself was 'delight.' He delighted the world with his art."

"It would have been all too easy to hide behind the inherent stinginess of 'limited edition' culture, but Virgil found a way to bring everyone along on the ride, and did so by remaining generous, accessible and supportive to everyone around him, his millions of fans included," Mayer, 44, continued. "To be that constant a creative force while retaining one's humanity is an ongoing effort, and Virgil remained true to that effort. It's going to be hard to reconcile how someone that vital could be gone. Rest In Peace, Virgil. We knew a genius."

"A disrupter and innovator in the truest sense," Yara Shahidi posted on Instagram. "You showed us the potential of art that centers Collaboration & Community🤎 grateful to have been in your orbit 🕯🤎 Rest In Peace."

Kelly Rowland also honored Abloh on Instagram, posting, "🙏🏾🕊Rest In Peace Great One! Such a Visionary!🙏🏾🕊 @virgilabloh Sending my love and prayers to his family!"

"What a loss—Virgil, your talent and soul will be sorely missed," wrote poet Amanda Gorman. "I count myself so privileged to have met you and to have worn such a beautiful piece by you designed in honor of your grandmother."

"I knew then I was experiencing the honor of wearing a designer whose work transcends both past and present," Gorman, 23, added. "To rephrase something you once said, let us paint new pictures where the old ones have been erased. Rest in power king."

Victoria Beckham called Abloh a "true inspiration in so many ways" in her tribute on Instagram. "Rest in peace @virgilabloh," she added. "Sending love and light to your beautiful family 🙏🏼 We will all miss you so very much x."

Justin Timberlake shared a touching tribute to Abloh, writing, "What can you say when a force like @virgilabloh is taken too soon? You gave the world so much, in so little time. And created with intensity… knowing better than the rest of us that life is short, but anything is possible. I'm honored to have known you. Thank you for sharing your gift with us 🙏🏻."

Orlando Bloom shared that the late designer was "one of the kindest souls," and that he had a heart that "was as pure as his reach was far and he will live on as his vision taught us that anything is possible when you your dreams are as big and clear as his🤍."

Diplo remembered Abloh with a heartfelt post. "Not gonna write something sad here because in 41 years you were here you changed the world / culture more than anyone I know," he wrote. "You already lived 100 lifetimes for what you accomplished and you did it on your own terms. 🤍 you forever. No one is gonna break your scoring record." 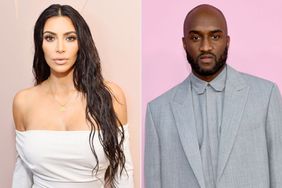 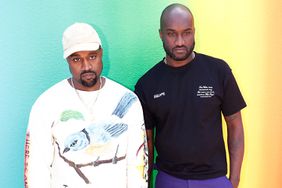 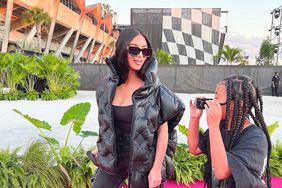