Viola Davis: 'I've Never Determined My Value Based on My Looks'

She says she wasn't always a style star

Viola Davis is having a spectacular 2015 — her show How to Get Away With Murder is a smash hit for which she won an Emmy, she’s such an awesome lady that her daughter wanted to be her for Halloween, and now she’s capping it all off with the cover of InStyle magazine. And she’s definitely going out of this year on a high note.


Though she’s become one to watch on the red carpet, Davis says in the December issue of InStyle that high fashion didn’t always come easily to her. “Back in the day, my style was whatever was different and cheap,” she says. “I was an artist, and I wanted my clothes to reflect that. I now understand fashion in a way that I don’t even have a language for. I know designers. Before, you could’ve put a gun to my head and asked me to name just one designer and I would’ve been dead.”

But that doesn’t mean she’s taking Hollywood’s obsession with looks too seriously. “What’s released me most from the fear of aging is self-awareness,” she says. “I’ve never determined my value based on my looks or anything physical. I’ve been through a lot in life, and what has gotten me through is strength of character and faith.”

She derives much of her joy from daughter Genesis Tennon, whom she adopted in 2011. “I always tell Genesis she was born from my heart, not my belly,” she says, saying her advice for potential adoptive parents is, “There are so many ways to mother rather than to carry a child in your body. So many children need parents, and so many of us want to mother. Know that you will experience motherhood to the full extent.”

For more on how much she loves motherhood (and some sweet details about her vow renewal to husband Julius Tennon), pick up the new issue of
InStyle
on stands Dec. 11. So, how much are you loving Viola Davis right now? 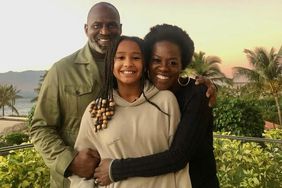 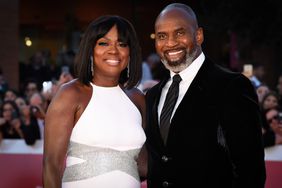 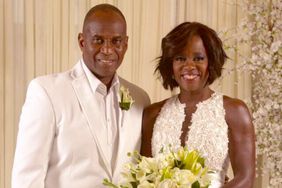 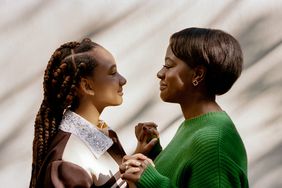 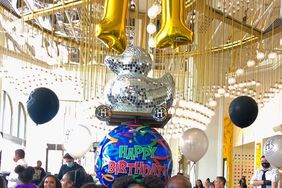