Vanessa Bryant Shares Photo of Sex and the City Finale Dress That Kobe Gifted Her: 'Missing My Boo-Boo'

"Not going to lie, I was taken back with emotion," Vanessa Bryant wrote of finding the dress recently

Vanessa Bryant is remembering one of the sweet and thoughtful gifts her late husband Kobe Bryant once gave her: the dress that the character Carrie Bradshaw wears during the series finale of Sex and the City.

Sharing side-by-side photos of the dress Vanessa, 38, says she recently found again and Sarah Jessica Parker wearing it in the show's final episode, Vanessa wrote, "I love you my baby @kobebryant," before adding, "I found this beautiful dress Kob gifted me a long time ago."

"Not going to lie, I was taken back with emotion," she continued. "He was SO romantic. Still showing me he ❤️'s me from Heaven."

"Love you forever boo-boo," she concluded her message.

In addition, Vanessa wrote in the post's caption, "When Mr. Big gets Carrie back. Paris. Missing my boo-boo and my sweet girl. So nice to have found this dress today. You set the bar so high baby. No love like REAL LOVE."

On Father's Day, Vanessa paid tribute to her late husband with a tribute on Instagram. "Happy Father’s Day to the BEST daddy in the world. We miss you so much. We love you forever and always. Love, Nani, Gigi, BB, Koko and VB ❤️😘@KobeBryant #BestoftheBest #GirlDad," wrote Vanessa, who is also mom to Bianka, 3, and Capri, 1.

Just days before Father's Day, Vanessa spoke in support of the Kobe Bryant and Gianna Bryant Helicopter Safety Act. "I strongly urge that the United States Congress pass a federal law that would improve the safety of helicopters operating in this country. I believe there is a chance that Kobe and Gianna would still be alive today if their helicopter had been equipped with the safety equipment required by this pending federal legislation," she said in a statement.

"I believe that these safety measures will save many lives," Vanessa shared.

The Kobe Bryant and Gianna Bryant Helicopter Safety Act is a legislation that would require all helicopters certified to carry six or more people to be equipped with a Terrain Awareness and Warning System, a flight data recorder and a cockpit voice recorder.

And on the Saturday before Father's Day, the proud mother of four shared a heartfelt birthday tribute to daughter Capri on Instagram as the little one turned 1. Vanessa posted a loving throwback photo of herself and Kobe cradling their baby girl, whose middle name is a namesake for her basketball legend father.

"We miss you SO much Gigi and Daddy," added Vanessa, who is also mom to daughters Natalia, 17, and Bianka, 3.

Vanessa went on to post a smiling photo with all three of her daughters, as well as another shot of the birthday girl smiling in front of her festive birthday cake, which was shaped like the castle in Tokyo Disneyland!

"Happy 1st birthday Capri! We love you so much mamacita," her proud mama wrote, before going on to explain the sweet story behind the cake. "Natalia had the original Disneyland castle, Gianna had the Walt Disney World castle, Bianka had Disney Paris and Capri has the Tokyo Disney Castle cake."

When the couple welcomed baby Capri last June, the Los Angeles Lakers star announced the happy news on Instagram, writing: "We are beyond excited that our baby girl ‘Koko’ has arrived!! #bryantbunch #4princesses #blessed."

Vanessa has previously shared how much baby Capri resembles both Gianna and Kobe, with her dad's eyes. 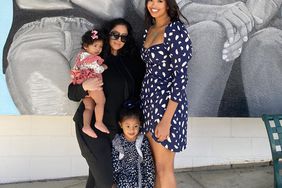 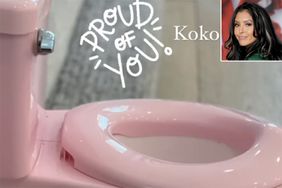 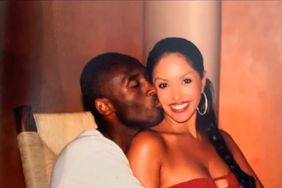 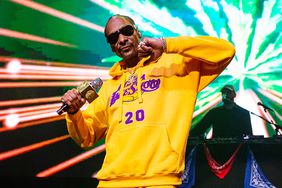 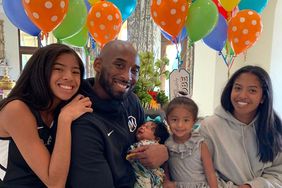 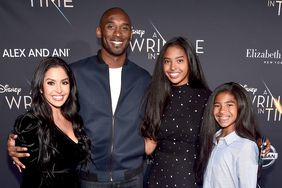 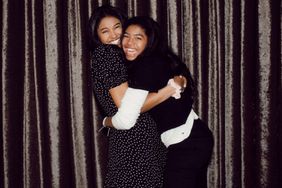 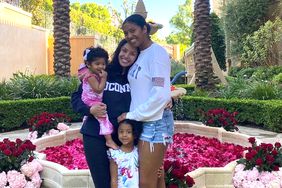 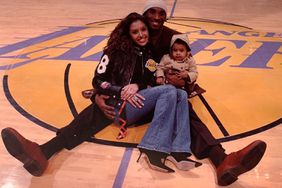 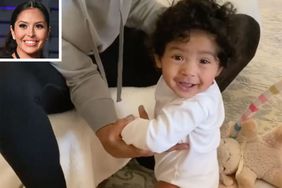