"BanX represents rebirth and that beauty boundaries only exist to be broken," the multi-hyphenate star said of her new modeling name

The TV personality and entrepreneur, 45, revealed to Sports Illustrated Swimsuit that she is now changing her moniker to “BanX,” to signify her rebirth in the modeling scene after exiting in 2005.

Banks made her comeback with the reveal of her 2019 Sports Illustrated Swimsuit cover on Wednesday, which marked her return to the magazine after being the first black model to pose on the cover alone in 1997.

“Mononyms are exciting in the industry,” she explained. “But usually models use their first names, like Iman. I want to flip the script and go by my last name. I’m taking something familiar and making it new. I’m wiser now and thicker.”

“BanX is me, but she’s also every woman,” she added. “BanX represents rebirth and that beauty boundaries only exist to be broken.”

Since her retirement from modeling, Banks has built many successful businesses and fronted the hit America’s Next Top Model television franchise. Now she’s a guest lecturer for a personal branding course at Stanford Graduate School of Business, and runs her many companies.

This marks the third SI Swimsuit cover for Banks, 45, whose career was launched when she first starred on the cover of SI Swimsuit in 1996, with model Valeria Mazza, followed by a solo cover in 1997.

“I am telling people that beauty comes in all shapes, sizes and ages,” she told SI Swimsuit. “I have to put my money where my mouth is. I have to make sure my message is pure.”

Sports Illustrated Swimsuit is on stands May 8. 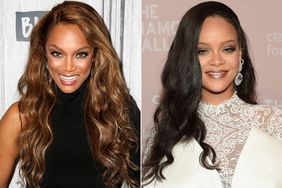 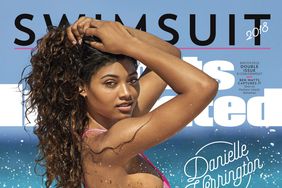 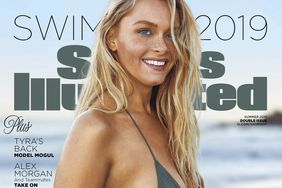 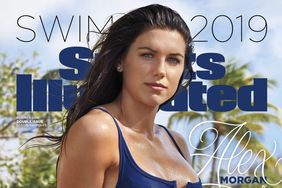