Is This the Diamond Necklace Travis Scott Gave Kylie Jenner for Her 20th Birthday?

There’s nobody who does birthdays quite like the KarJenners. Every year these sisters seem to manage to outdo even themselves, consistently upping the ante on the caliber of parties, outfits, and incredibly priced, opulent gifts. So for a milestone day like turning twenty years old, Kylie Jenner of course threw a celebration befitting her two decades of life. While it may not have been quite as ostentatious as her past birthday festivities that came complete with a luxury trip, a couple of new cars and a diamond-studded Rolex, it turns out it wasn’t all that understated either. It seems that after some low-key family festivities and renting out a movie theater to see Halle Berry’s new film Kidnap with her boyfriend Travis Scott and a few friends, the rapper also gifted her with some pretty spectacular diamonds.

After eagle-eyed fans spotted a glittering new choker partially obscured by her t-shirt around Kylie’s neck as she was leaving the movie theater that night, speculations started flying that the fresh bling had to be a gift from her diamond-loving beau Scott. What that new necklace actually looked like, however, remained a mystery as the reality star didn’t share the gift on any of her social media platforms as is typically her wont. But thanks to custom jewelers Avianne & Co. the world may have just gotten an up close look at Kylie’s latest bespoke creation.

On Saturday, the custom luxury jewelers posted a picture of a diamond-laden necklace with the caption, “@kyliejenner Happy Birthday from @elliotavianne,” one of the designers behind the company. The choker features a fully diamond-studded, thick gold chain accented with five equally gem-covered butterflies as well as two large stones on either side of the center blue butterfly. According to TMZ, the piece is composed of 28 carats of VVS diamonds and cost an estimated $60,000, which when you consider that the rapper recently dropped $1,000,000 on a watch for himself is practically pennies.

Fans naturally assumed this particular necklace was a gift from Scott as not only is the musician’s song “Butterfly Effect” rumored to be about the Lip Kit CEO, but the couple also recently got matching ankle tattoos featuring this flying insect. So it seems the ice sculpture modeled after her physique wasn’t the only thing totally iced-out at Kylie’s birthday party that night.

What do you think of Kylie’s new necklace? Sound off below! 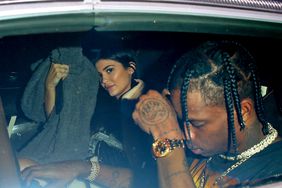 Kylie Jenner Is 'Terrified' of Butterflies (What Will Travis Scott Think?!) 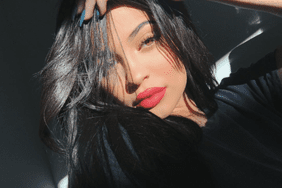 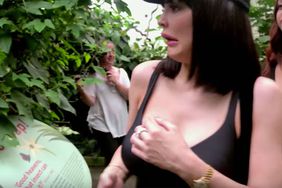