From "can you walk in those?" to "why would you want to?" – Hollywood keeps stepping out in puzzling and truly over-the-top footwear. By Melissa Liebling-Goldberg

The Broadway star puts her feet center stage in navy ribbon booties from Bruno Frisoni as she heads to a performance.

Hayek puts attention on her petite feet with her elaborately ruffled Alexander McQueen heels – check out those hot pink soles!

So much for basic black! Moore adds major height – and style! – to her Donna Karan LBD with her mega-platform Casadei heels.

Hudson stays on sure footing in her 5-in. Sergio Rossi gold-and-black platform slingbacks as she heads into The Late Show with David Letterman.

Kardashian takes the high road while shopping in Los Angeles, making her way on 5-in. Burberry Prorsum ruched heels.

Montag makes a statement with her platform Giuseppe Zanotti heels while ringing in the New Year in Las Vegas.

The always fashion-forward Sevigny celebrates the New Year in Miami in head-to-toe Louis Vuitton, including these elaborately tasseled heels!

Hathaway adds crystal-heeled Gianfranco Ferré heels to her ruffled bustier and skirt from the Italian design line while auctioning off a date with herself!

Beckham sets off one of her own dress creations with towering $795 YSL Trib Two pumps with over 4-in. heels.

Johansson gets a floral-laden foot up at the London premiere of The Spirit in her orange and hot pink Brian Atwood heels.

The Day the Earth Stood Still’s Connelly adds edgy Givenchy by Riccardo Tisci lace booties to her sleek Balenciaga coat as she arrives at The Late Show with David Letterman.

Madonna may be the new face of Louis Vuitton, but Klum is a walking ad for the line in her tasseled and beaded heels from the French luxury brand.

Olsen adds inches to her petite height with her cut-out boots by Proenza Schouler at the book signing for her coffee-table tome Influence.

Joe Jonas’s new girlfriend steps out to an L.A. premiere in Miu Miu raffia and satin pumps with dramatic bows on the heels.

The new Bond girl has a Goldfinger touch with her Pierre Hardy heels at a photo call in Spain.

The singer carefully makes her way into her London hotel in her wood platform peeptoe Marni boots.

Laces, gold accents and stiletto heels – the actress spares no decoration with her YSL sandals at the Juicy Couture store opening in N.Y.C. 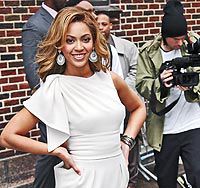 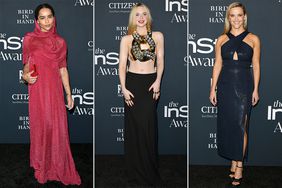 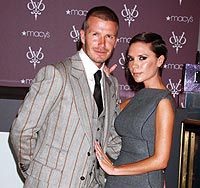 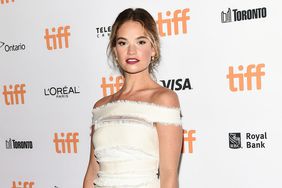 The Best Dresses at the Toronto International Film Festival 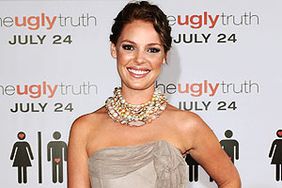