Matt Damon takes the top honor, but he wasn't alone in turning up the heat. Check out some of the sexy men (Patrick! Brad!) who made PEOPLE's list

George Clooney and Brad Pitt have shamelessly campaigned for him since 2001, but this year’s winner was Bourne to the title. “You’ve given an aging suburban dad the ego-boost of a lifetime,” Damon, 37, told PEOPLE, explaining why he couldn’t possibly accept the crown – which perfectly demonstrates many of the reasons we chose him in the first place: irresistible sense of humor, rock solid family man, heart-melting humility.

Four seasons into Grey’s Anatomy and his Dr. Shepherd can still make EKGs go haywire, but in real life “defining romance is very tricky,” says Dempsey, 41. The father to 9-month-old twins Darby and Sullivan and daughter Talula, 5, has been married to wife Jillian for eight years. “It’s not just candles and flowers.” The secret to keeping the spark alive? The eyes. Hers. “I was always taken by them,” he says. “They’re warm, sparkly eyes. That’s the most beautiful part of someone.”

Some of us fell in love with his sweet side in Just Friends. Still others would say his sexiest feature is his chiseled abs (have you seen Blade: Trinity?). But according to the actor, 31, neither one ranks as his best feature: “I’m 6’2”, so it would have to be my height. I’m not a pocket-size actor.”

The Scottish actor has fans swooning with his portrayal of Robbie Turner, a lovesick WWII soldier pining for his childhood sweetheart Cecilia (Keira Knightley) in Atonement. “He doesn’t want anything else,” says the Scottish actor. “It’s a passionate, sexy thing.” Indeed. “The director gave us instructions like, ‘Pull the leg up, Keira, now grab his hair. Unbutton your flies. James, kiss her on the neck,’” recalls McAvoy of a love scene with Knightley. “It’s never comfortable. But I did have a good partner to do it with.”

Why is he sexy? For starters, there’s his quirky style (he lives in France, dresses like a rock star, is not afraid of a little eyeliner) and his devil-may-care spirit (didn’t take a single singing lesson to prepare for his role in the upcoming musical Sweeney Todd). Most of all, there’s something heart-melting about how gaga he is for his gaggle – daughter Lily-Rose, 8, and son Jack, 5, his kids with longtime girlfriend Vanessa Paradis. “Suddenly you meet your reason to live,” Depp, 44, told London’s Daily Mail about being a father. “They make me happy.”

The Brothers & Sisters star, 28, is single, but not for long if he gets to break in his favorite pick-up line (which he swears he’s never used). “So let’s say you and I are at a club, and I go up to you and say, ‘Excuse me, how much do you think a polar bear weighs?’ And you would say, ‘I don t know,’ and I’d say, ‘Let’s just say it’s enough to break the ice. I’m Dave, how are you?’ “

If he were the last man standing, we’d take him. But the 39-year-old actor who plays Earth’s probably-only survivor in I Am Legend says that’s not possible. “Either I’m going to be with [wife] Jada,” he told Ebony, “or I’m going to be dead.”

After seeing that recent shot of him in a leg-locking horizontal clutch with Penélope Cruz on a beach in the Maldives, who could deny the Spaniard is a sex symbol? Well, he could. “It just makes me laugh,” says Bardem, 38, who’s starring in Love in the Time of Cholera and No Country for Old Men. “I see a guy who looks like he’s been beaten with a baseball bat.” At least Bardem acknowledges that he has a certain seductive intensity. “Once you start to get older, you have to focus and be passionate about life day after day.”

The ex-model has come up with the perfect recipe for what it takes to feel sexy: “A fresh haircut is so important. I wear my hair so low. Freshly faded,” says Moore, 37, who stars on CBS’s Criminal Minds. “A nice tan in my back yard so I can get that bronze, brown-sugar glow, a vintage pair of jeans and white button down shirt with a couple of buttons open. A chrome chain. Pair of sneakers.”

The brand new Ben is slimmer and altogether sexier. “I’m healthier now than I’ve ever been,” the 35-year-old actor and director told Parade. And daughter Violet brings out his soul. “All I want to do is go home, just to be around her again.”

He might live a lavish, womanizing life on Entourage, but in the real world, the 31-year-old is much more low-key when it comes to romance. “My sexiest night was a night spent with a beautiful woman I loved in a Super 8 motel after a wedding,” he says. “Why was it sexy? It kind of speaks for itself. Have you ever been in a hotel with someone you love?”

The 32-year-old star plays a special agent on Bionic Woman, but if he had the chance to step into a bionic body, what would he want made super-strong? “Bionic legs. Can any guy be trusted with bionic vision?” You’ve gotta love a man who’s honest!

Last year he brought sexy back; this year he’s exchanging some of his bravado for irresistible charm. At the VMAs he gave props to young R&B singer Chris Brown, saying he “reminded me how much I’m getting older,” and he’s been poking fun at himself during his world tour. “My parents instilled in me the mindset of always being humble,” the 26-year-old told London’s Daily Telegraph, “so I’d like to believe all the teen idol stuff went in one ear and out the other.”

See who else made the list in PEOPLE’s Sexiest Man Alive issue, on stands Friday 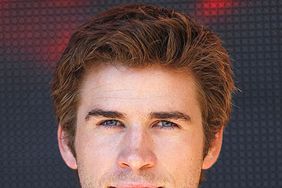 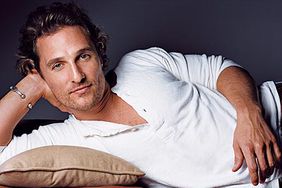